With the southern city of Kandahar, the Taliban control one third of Afghanistan's provincial capitals. The US is sending 3,000 troops to help evacuate its Kabul embassy. 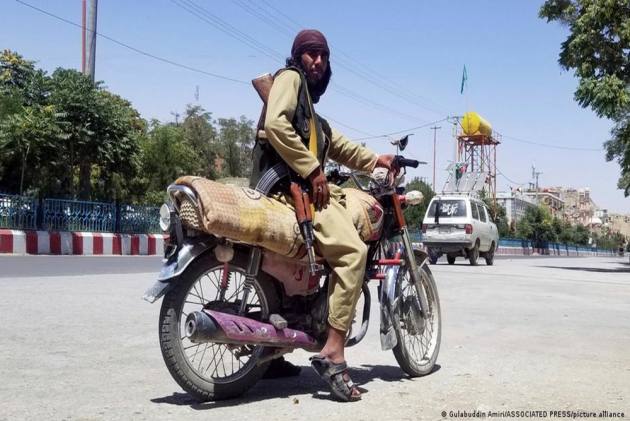 Since the US and NATO troop withdrawal from Afghanistan began in May, the country has been mired in turmoil, with the fundamentalist Taliban making rapid territorial gains.

What we know about the Taliban's advances

A Taliban spokesman said early Friday that "Kandahar is completely conquered" by the group's militants.

A Kandahar resident told the AFP news agency that Afghan government forces appeared to have withdrawn to a military facility outside the southern city.

The victory for the Taliban comes after a series of territorial advances on Thursday. They now control the third-largest city, Herat, and the key stronghold city of Ghazni.

Ghazni is just 150 kilometers (95 miles) from Kabul, giving the militants a route to the capital from their strongholds in the south.

US defense officials recently warned that the Taliban could isolate Kabul within one month and possibly overrun it within 90 days.

US and UK send troops to bring civilians home

Hours before the Taliban claimed control over Kandahar, the US announced plans to deploy 3,000 troops temporarily to aid the evacuation of its embassy staff.

Another 1,000 US soldiers will be sent to Qatar for technical and logistical support, and some 3,500 to 4,000 will be positioned in Kuwait to deploy if needed.

"We've been evaluating the security situation every day to determine how best to keep those serving at the embassy safe," said State Department spokesman Ned Price.

"We expect to draw down to a core diplomatic presence in Afghanistan in the coming weeks," he said, adding the embassy would not be closing.

The Taliban are also widely reported to have captured Lashkar Gah, the capital of the southern province of Helmand — Afghanistan's largest province by area.

US reiterates support for diplomacy

US Secretary of State Antony Blinken said he and Defense Secretary Lloyd Austin told Afghan President Ashraf Ghani on Thursday that Washington "is committed to supporting a diplomatic solution to the conflict and to our enduring partnership with the Afghan people."

On Thursday, talks between international players and representatives of the Taliban and the Afghan government wrapped in Qatar after three days of meetings without significant progress.

Several countries, including the US, Pakistan, EU and China, signed a joint statement saying they would not recognize any government in Afghanistan "imposed through the use of military force."

Later in the day, Blinken discussed plans to curb violence in Afghanistan with his Canadian and German counterparts, as well as NATO Secretary-General Jens Stoltenberg, according to the State Department.