Taliban Using Biometric System To Identify Army, Police Personnel Who Fought Against Them

The search operations are meant to capture those officials who, after losing the battle against the Taliban, couldn’t flee from the country and are hiding in the houses of their friends and relatives. 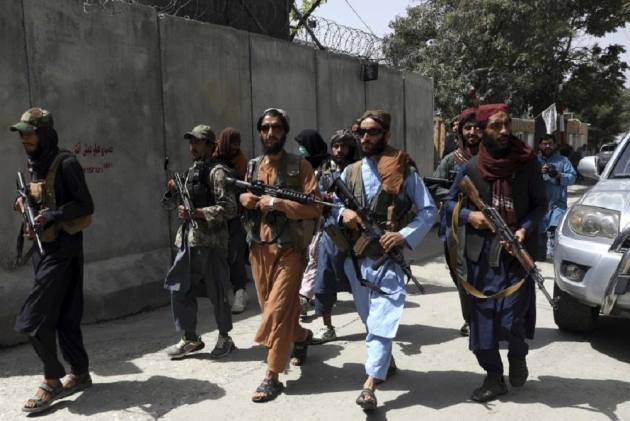 The Taliban militants are carrying out search operations in Kabul and other cities to arrest army and police personnel who fought against them under the Afghan government.

The search operations are meant to capture those officials who, after losing the battle against the Taliban, couldn’t flee from the country and are hiding in the houses of their friends and relatives.

To identify these officials, they are carrying biometric fingerprint machine to the houses and asking the occupants to place their thumb impressions.

Nur Ali Ahmedi, a commander in the Bihsud, a town in Maidan Wardak Province in central Afghanistan, told Outlook from a hotel in Iran (where he fled and is currently hiding) that within a few days of taking over the Kabul city, the Taliban got possession of all the government data of employees which include the army and police force.

“They have full access to the database and system of the Ministry of Defence (MOD). Also, they have agents between the people who live like normal people but they report to the Taliban. There is a special group who works for them, in the field of army recognition,” Ahmedi said.

The personal data of an individual can be accessed by using thumb impression from the database as it is linked through the biometrics system.

Ahmedi says that while carrying out search operations, they are asking occupants of the house to give their thumb impression on a biometric fingerprint machine that can produce their personal details from the database.

A couple of residents in Kabul too confirmed that. A Kabul based social activist said, “Yes, they did it in my neighbourhood. Fortunately, they didn’t find anyone from army and police background in my area.”

“Besides, they snatch the mobile phones and check the WhatsApp calls and messages. They suspect people are in touch with anti-Taliban elements or army or police forces hiding elsewhere,” She said adding that out of fear she deletes all her conversation and calls immediately.

“People are fed up with these search operations,” another resident said.

She added, “To dodge these militants, many army and police personnel are hiding in basements and other untraceable locations.”

Residents say that they have heard many army commanders and police officers have been arrested and tortured to death.

“I don’t know through any of my direct contacts but I have got WhatsApp messages according to which they have arrested army people from home search operations using a biometric system. They were tortured and killed,” the social activists quoted above said.

She added, “There have been videos taking the rounds on social media highlighting the Taliban brutality against army commanders and Afghan police.”