Taliban Warn Against August 31 Deadline Extension For The US Withdrawal, Say It Would Be ‘Extended Occupation’ 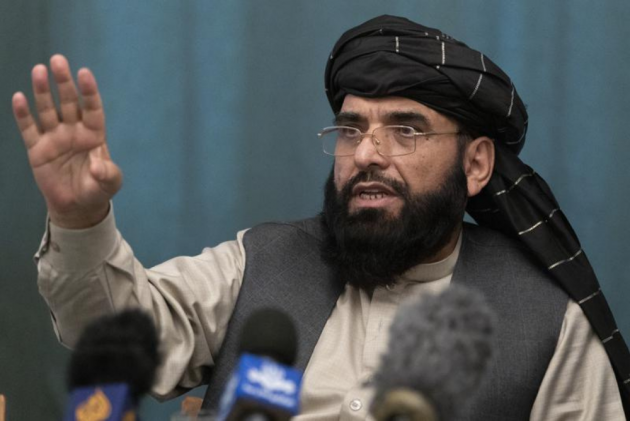 Terming August 31 deadline for US evacuation of Afghanistan a ‘red line’, Taliban on Monday warned any extension saying it would mean extension of “occupation” in the country.

Speaking to ‘Sky News’ in Doha, Qatar, Taliban spokesperson Dr Suhail Shaheen stated that the month-end deadline was a "red line", as any extension would imply an extended occupation of the country.

He said the timeline had been laid out by US President Joe Biden and threatened "consequences" if the US and UK sought an extension to that deadline.

"It's a red line. President Biden announced that on 31 August they would withdraw all their military forces. So if they extend it that means they are extending occupation while there is no need for that," Shaheen said.

"If the US or UK were to seek additional time to continue evacuations – the answer is no. Or there would be consequences. It will create mistrust between us. If they are intent on continuing the occupation it will provoke a reaction," he said.

The warning came as British Prime Minister Boris Johnson convened an emergency G7 meeting on Tuesday in his role as current Chair of the Group of Seven countries – Canada, France, Germany, Italy, Japan, the United States and the UK. On the agenda for the world leaders is expected to be a push for the US to seek an extension of the August 31 deadline, as time is running out for the evacuation of foreign nationals from the Taliban controlled region.

On the issue of desperate scenes at Kabul airport as people risk their lives to flee the country for fear of Taliban reprisals, the spokesperson termed it as economic migration.

"I assure you it is not about being worried or scared. They want to reside in Western countries and that is a kind of economic migration because Afghanistan is a poor country and 70 per cent of the people of Afghanistan live under the line of poverty so everyone wants to resettle in Western countries to have a prosperous life. It is not about [being] scared," claimed Shaheen.

And, on reports of door to door knocks to seek out former government workers, he added: "All fake news. I can assure you there are many reports by our opponents claiming what is not based on realities."

On the issue of women’s rights, the spokesperson claimed that women under Taliban rule would have the same rights as elsewhere as long as they wear a hijab.

"Women are required to have the same rights as you have in your country but with a hijab," he was quoted as saying.

There have been widespread fears of reprisals and attacks in Afghanistan on those perceived as supporting the US-led NATO operation in the country and a regression in women’s rights under the Taliban, which believe in upholding a very strict interpretation of Islam. (With PTI inputs)