According to the Garland Police Department, the incident took place on Sunday night in the Dallas suburb of Garland and was captured on surveillance video. Four people were struck by gunfire, and three were pronounced dead at the scene. 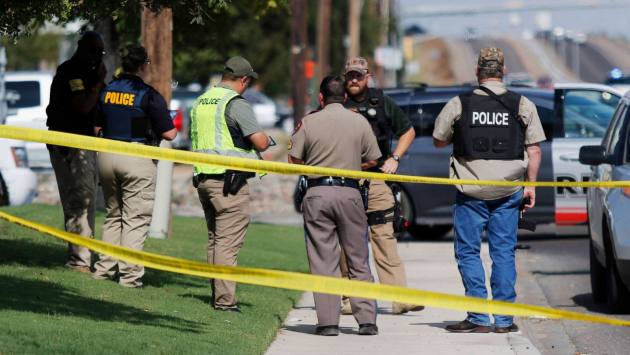 Three people were killed and a fourth critically injured in a shooting at a Dallas-area convenience store, police said.

The shooting happened on Sunday night in the Dallas suburb of Garland and was captured on surveillance video, the Garland Police Department said. According to police, a man exited a white pickup truck, went inside the store and opened fire.

The man then got back into the truck and sped away, police said.

Four people were struck by gunfire, and three were pronounced dead at the scene, the police said. The fourth was taken to a hospital in critical condition. Their names have not yet been released.

The police are still searching for the shooter.

The shooter was wearing a baseball hat, blue surgical mask and dark-coloured athletic shorts. He was not wearing a shirt, the police said.