The Futility Of US Withdrawal From WHO Amid A Pandemic

The US withdrawal, another example of growing American disenchantment with international institutionalism, necessitates a brief overview of the corresponding international law and the futility of such a move. 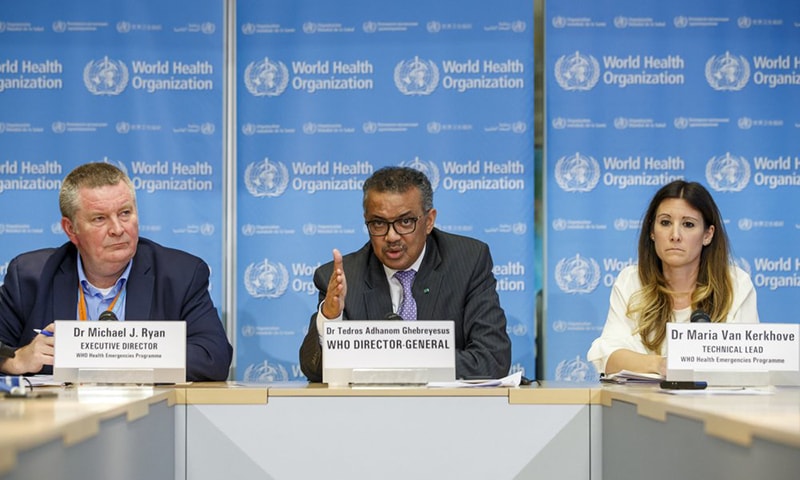 On July 6, the United States notified the Secretary-General of the United Nations, António Guterres, of its withdrawal from the World Health Organization (WHO) effective July 6 next year. The withdrawal is a culmination of a series of statements from US President Donald Trump criticising the WHO’s handling of the Covid-19 pandemic.

On May 18, Trump had written to the Director General of the WHO, Dr Tedros Adhanom Ghebreyesus, that in the absence of “major substantive improvements”, the US would reconsider its membership of the WHO and suspend its funding. This was followed by the President’s announcement on May 29 that the country was “terminating” its relationship with the global health body.

The present withdrawal, another example of growing US disenchantment with international institutionalism, necessitates a brief overview of the corresponding international law, the futility of such a move and alternate measures to review the WHO’s (in)action.

Under international law, withdrawal from multilateral treaties may be governed either by the treaty itself or the Vienna Convention on the Law of Treaties (VCLT) or customary international law. The Constitution of the WHO, establishing the organisation, does not have an express provision envisaging withdrawal. Article 56 of the VCLT states that pulling out of treaties without express withdrawal or denunciation provisions (such as the WHO Constitution) may not be permissible except when parties to the treaty intended to allow such withdrawal, or if such provision may be implied from the nature of the treaty. Additionally, such withdrawal requires a 12-month notice to be provided. The contents of Article 56 are customary in nature (Theodore Christakis in The Vienna Conventions on the Law of Treaties – A Commentary, edited by Olivier Corten and Pierre Klein), and therefore, apply to the US despite its non-ratification of the VCLT.

While no judicial determination regarding implied withdrawal from the WHO has been made, in 1949, several states such as Albania, Bulgaria, Byelorussia, Czechoslovakia, Hungary, Poland, Romania, and Ukraine and the USSR did announce their withdrawal from the WHO, ironically, on the grounds that the organisation was dominated by the US.

In furtherance of the fact that the WHO constitution does not have a withdrawal clause, the US Congress passed a Joint Declaration in 1948 in relation to the membership and participation of the US at the WHO. Section 4 of the Declaration states that the US could withdraw from the WHO upon (1) giving a one-year notice of withdrawal, and (2) clearing all the financial obligations owed to the organisation.

The Paradox of Withdrawal

While the US withdrawal may seem reactive and disproportionate, it is imperative to understand the deep reservations against the WHO. During the onset of the pandemic, the WHO failed to conduct independent examination of the nature, or severity of the virus and relied solely on Chinese accounts, initially even denying human transmission, despite contrary evidence shared by Taiwan. At the same time the WHO overlooked China’s violation of Articles 6-7 of the International Health Regulations 2005 (IHR) in not notifying the transmission of the virus within 24 hours of its discovery. Finally, the WHO declared Covid-19 as a Public Health Emergency of International Concern on January 30 when the virus had already infected more than 7,000 people.

In this light, withdrawal from the organisation may not be entirely without basis. However, such a withdrawal has immediate as well as long-term consequences.

Firstly, the disruption of funding to an international health organisation during a pandemic, without any alternate global response mechanism, decreases international coordination. While the rationale behind such a reaction may be to demonstrate the US ability to function unilaterally, it, in fact, signifies the country’s inability to carry forward the alliances and institutions it fostered post-World War II.

In the long run, the withdrawal precludes strategic intervention by the US in the functioning of the organisation and decreases its capacity to shape global response to health emergencies. Such withdrawal, as against undermining support of the organisation, provides fillip to other States like China, the raison d'être of the withdrawal, to entrench their leadership and set the global health agenda by spearheading a well-structured and well-provisioned international organisation.

The alleged mismanagement of Covid-19 by the WHO deserves both investigation and organisational reform tended toward greater accountability. Such accountability may ensue from an internal review within the WHO, or through external review by States.

Subsequent to the temporary suspension of funding by the US on April 14, the WHO Director-General assured internal review of its response to the Covid-19 outbreak. On May 19, the 73rd World Health Assembly resolved to initiate an “impartial, independent and comprehensive evaluation” of, inter alia, WHO’s actions in relation to the pandemic, including their timelines and contribution to the United Nations’ efforts. On July 9, the Director-General announced the setting-up of the Independent Panel for Pandemic Preparedness and Response (IPPR).

Further, as instance of member-state review, in 2010, the European Parliamentary Assembly had initiated its own review of the WHO’s response to the H1N1 pandemic. The report released by the Assembly had specifically highlighted concerns regarding commercial inï¬ÂÂÂuence and lack of transparency in the functioning of the WHO. A similar member-state led review of the WHO Secretariat may be commenced at an appropriate juncture.

Contrary to a unilateral denunciation without preceding enquiry, an independent review helps establish facts and provides necessary evidence to hold an international organisation accountable. Such review allows member-states to act collectively and ensure accountability by way of supervisory intervention by the World Health Assembly into the functioning of the WHO’s Secretariat or through fiscal intervention by member-states into the funding of the WHO.

Barring deflection of its own handling of the Covid-19 pandemic, the unilateral withdrawal from the WHO by the US achieves neither transparency or accountability in its governance nor an improved functioning of the organisation. The financial gap created by the termination of funding has already been plugged by private donors, and anti-status quo States would only welcome desertion of another international organisation by the US.

The WHO’s inadequate handling of the Covid-19 pandemic does necessitate review and concomitant accountability. However, as with internationalism, the same would only be effective with collective state action and not through political retaliation.

(The author, an alumnus of the National Law University, Delhi, and the University of Cambridge, is a Delhi-based lawyer. Views expressed are personal.)