There are business books galore. A deep dive into the lists of top business books helped us create this 'ultimate list' which has most of the worldwide favoúrites. Take a look. 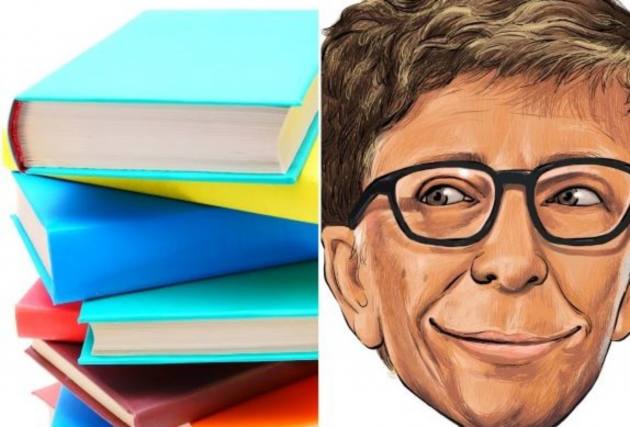 Business Adventures, John Brooks (1969) This gets top mention on Bill Gates’s book blog. Gates has disclosed how this book publishes in the 1970s, only came to him when he asked Warren Buffet to recommend him his favourite book on business. It was 1991. Buffet sent across his copy of Business Adventures to Gates. Business Adventures, thus figures as number one on our list.

The Ride of a Lifetime, Robert Iger (2019) The second book on our list too is one that figures on Gate’s list of best business books: The Ride of a Lifetime by former Disney CEO Robert Iger. This book Gates in his book blog, claims to have suggested to his friends and family widely. It is an account of Iger’s phenomenal success over the years in his own words.

How to Win Friends and Influence People, Dale Carnegie (1936) This classic on striking connection with people figures on most book lists. It’s tips are timeless – worth their value in gold if put to use. The book has over the decades sold over 30 million copies!

Shoe Dog: A Memoir by the Creator of Nike, Phil Knight (2016) The memoir is based on Knight’s phenomenal journey while building the Nike empire. Knight shares how he borrowed $50 from a friend to start his business after B-school. Readers get a rare insight into an entrepreneurs journey while building a giant business.

Built to Last, by Jim Collins (1994) Considred a must for management study the book shows hows great companies win over a long-term and how sustained performance can be ingrained in the company’s DNA from start. Also t raises questions on how mediocre companies and companies with low performance DNA can be transformed to achieve results.

Good to Great, Jim Collins (2001) is a management book which speaks of how companies make a shift from a level to another or from being good to great. It is a sequel to Built to Last and has sold over four million copies and reached beyond the traditional readership base of business books.

The Black Swan, Naseem Taleb (2001) The book is a classic in its own right. Taleb speaks of unexpected events and how they impact financial models. Taleb writes on how banks and trading firms are exposed to the hazards of Black Swan events which may result in losses.

Measure What Matters, John Doerr (2018) Doerr developed a framework over the years for goal setting. The framework is supposed to help any organization set realistic goals and achieve strategic results to achieve sustainable growth of their business. Early Googlers used a system called Objectives and Key Results. OKRs were used for setting and observing goals during a period of hyper-growth – or how to create a roadmap for your company aiming at business leadership.

Business @ the Speed of Thought, Bill Gates (1999) The tenth book on our list is a book written by Bill Gates and Collins Hemingway. It discusses the integrated role of technology and business and how digital infrastructure and information network can give a company competitive edge.