Many among the protestors in Brussels also opposed t the strong advice to get vaccinated and any moves to impose mandatory shots. 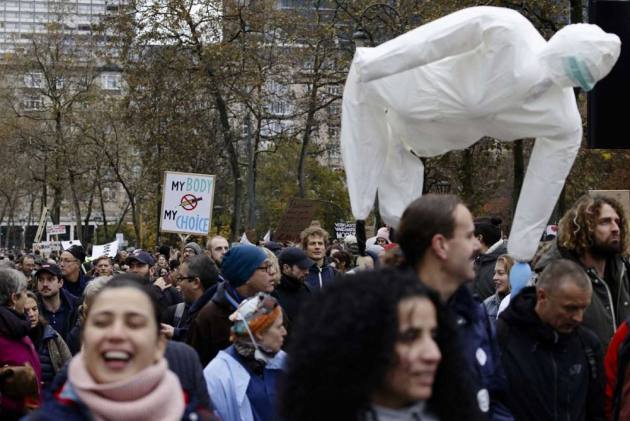 Thousands of people gathered in central Brussels on Sunday to protest against the reinforced Covid-19 measures that the government has imposed to counter the latest spike in coronavirus cases.

Many among them also protested against the strong advice to get vaccinated and any moves to impose mandatory shots.

The protest march lined up behind a huge banner saying “Together for Freedom." There were smoke bombs and firecrackers, but there was no violence during the early part of the march, which was due to conclude outside European Union headquarters.

Over the past several days, there have been marches in many European nations as one government after another tightened measures.

Dutch police arrested more than 30 people during unrest in The Hague and other towns in the Netherlands on Saturday, following much worse violence the previous night.