The deal mandates the creation of a new American company, incorporated in Texas, and the prospect of 25,000 new jobs. Further, TikTok will give USD 5 billion to fund the education of American youths. 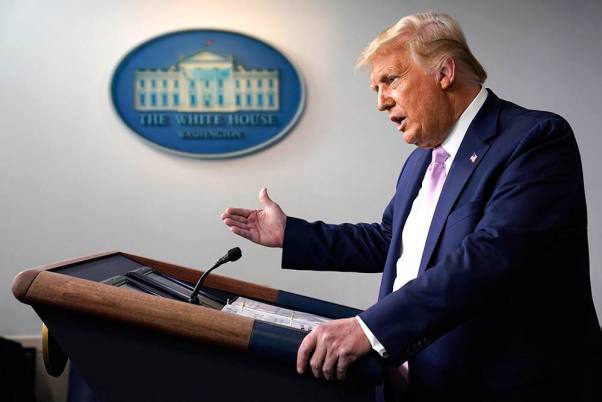 US President Donald Trump has announced a proposed deal on TikTok involving two American companies - Oracle and Walmart – that would allow the US operations of the Chinese video sharing application, which was placed on a ban list due to security concerns.

The deal mandates the creation of a new American company -- incorporated in Texas -- and the prospect of 25,000 new jobs. Further, TikTok will give USD 5 billion to fund the education of American youths.

The US on Friday issued orders to ban popular Chinese social media apps - TikTok and WeChat - from Sunday to safeguard national security. The ban on downloading TikTok, originally scheduled to take effect on Sunday, was postponed to September 27, according to the US Department of Commerce.

Last month, President Trump signed an executive order to ban TikTok and WeChat by September 15 unless the ownership of the two Chinese companies changed to American.

"TikTok is moving along. We're dealing with Oracle, which you know of, in combination with Walmart, another great American company. The security will be 100 per cent. They'll be using separate clouds (data) and a lot of very, very powerful security," Trump told reporters at the White House on Saturday.

"They’ll (TikTok) be making about a USD 5 billion contribution towards education. We're going to be setting up a very large fund for the education of American youths, and that will be great. I've been asking for this (education fund)," Trump said.

"I think it's going to be a fantastic deal. The technology is superior to anything in the world, and we like that. Again, a lot of jobs, a lot of money for our country. Billions of dollars of taxes will be paid every year. Hundreds of millions of users, and they’ll be happy. Everybody will be happy," he said.

Trump said TikTok will keep its name. "I have given the deal my blessing," he said. "If they get it done, that's great. If they don't, that's OK too."

"They’ll report the full scope of the deal very soon, but it will be totally controlled by Oracle and Walmart," he added.

The three parties will reach a cooperative agreement, subject to the US and China government approvals as required by applicable laws, as soon as possible, it said.

The paper said Trump's approval on the deal delays the threat to the social media app.

Quoting the Chinese media website 36kr.com, it said that TikTok is now planning a pre-IPO, with Oracle and Walmart expected to invest around USD 12.5 billion, pushing the company's total valuation to USD 62.5 billion. The planned investment would see Oracle and Walmart holding 12.5 per cent and 7.5 per cent of shares respectively.

TikTok made debut in the US in 2018 and sees American traffic of more than 100 million users each month. It has been facing increasing pressure from the Trump administration which threatened to ban the platform unless its US business was bought by an American company. Several companies including Microsoft, Twitter, Oracle and Walmart emerged as potential bidders.

The agreement aims to strengthen TikTok's business in the US and to meet the regulatory requirements of the US administration ensuring that 100 million Americans can continue to use the highly popular video and content app, ByteDance said.

ByteDance has pledged that it will strictly follow new regulations which could affect TikTok's sales in the US, particularly regarding its core technology and algorithms.