Time's Up CEO stepped down after a woman alleged in a Facebook post that her son, Garry Bowden Jr was sexually inappropriate with her after offering her a 'healing session'. 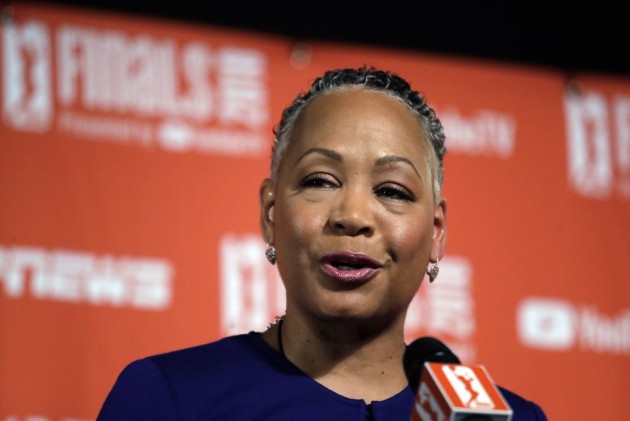 The chief executive of Time's Up, the movement which rose in response to the Harvey Weinstein scandal, resigned from her position Friday following allegations of misconduct against her son.

Lisa Borders, who is also the former president of the Women's National Basketball Association, took the reins of Time's Up in early October.

The 61-year-old stepped down after a woman alleged in a Facebook post that her son, Garry "Dijon" Bowden Jr, 36, was sexually inappropriate with her after offering her a "healing session."

Celia Gellert told the Los Angeles Times she felt "violated" when, according to her, he touched her genitals, kissed her neck, and brushed his penis against her body during the session.

An attorney for Bowden vehemently denied "any inappropriate or non-consensual touching" to the LA Times and showed the paper a text message in which the Gellert had thanked Bowden, calling the massage "gentle and authentic and loving."

A statement posted by Time's Up on Instagram said, "Time's Up unequivocally supports all survivors of sexual abuse and harassment."

It added that Borders had taken the decision to tell the group's leadership on Friday about the allegations and resigned the same day, "and we agreed that it was the right decision for all parties involved.

"We respect the rights of all survivors to own their own stories," it continued, urging others to come forward and contact Time's Up should they need legal assistance.