Posters were put up in many parts of the village in Thiruvarur district in the state wishing Harris success, with locals holding special prayers seeking divine intervention. 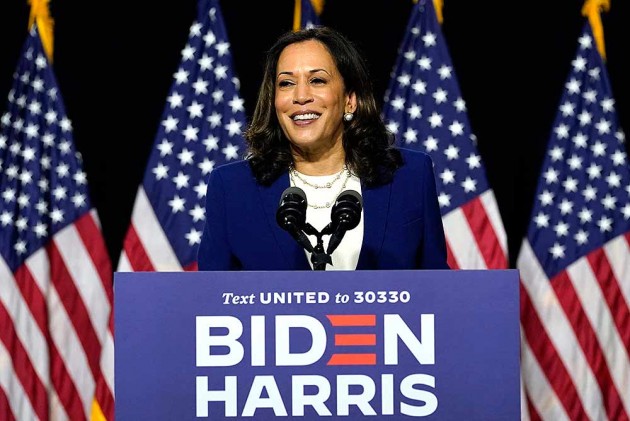 As millions of US citizens queue up to vote for their next President and his deputy, the people of Thulasenthirapuram in Tamil Nadu on Tuesday prayed for the success of Kamala Harris, Democratic Vice-Presidential nominee, who has a connect to this small village.

Posters were put up in many parts of the village in Thiruvarur district in the state wishing Harris success, with locals holding special prayers seeking divine intervention.

The Democrats and Republicans face-off in a bitter fight in the race to the White House in the US.

Joe Biden, the Democratic challenger for President Donald Trump, had earlier nominated Harris, born to a Jamaican father and Indian mother, both immigrants, as his running mate.

Harris' maternal grandfather PV Gopalan, a former diplomat, is a native of the village and the locals are keen to see his granddaughter come out in flying colours in the polls.

Special prayers, attended by the villagers, were held at the local Dharmasastha temple for Harris.

"She has to win and that is all we want. Her win will be a proud moment for India, Tamil Nadu and more importantly our village," a local in Thulasenthirapuram who attended the special prayers told the media.

The village had greeted the 55-year-old California senator's nomination as the vice-presidential candidate earlier by Biden with much joy.

A record number of nearly 10-crore Americans have already exercised their franchise in the presidential election, with another six crore likely to vote on the real election day on Tuesday.