French armed forces have killed a top jihadist leader in an air and ground ambush in Mali, the government said on Friday, ending a years-long hunt for a man accused of masterminding the kidnapping of Westerners in the Sahel region. 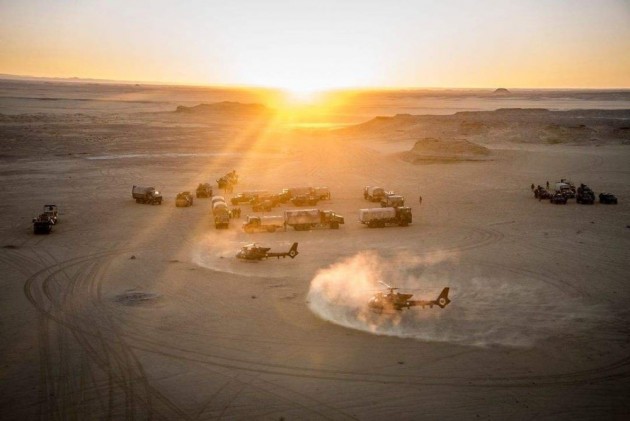 French armed forces have killed a top jihadist leader in an air and ground ambush in Mali, the government said on Friday, ending a years-long hunt for a man accused of masterminding the kidnapping of Westerners in the Sahel region.

Djamel Okacha, an Algerian commander in Al-Qaeda in the Islamic Maghreb (AQIM), was killed on Thursday after French commandos, helicopters and a drone hit a column of vehicles he was travelling in north of Timbuktu, French officials said.

Okacha, a jihadist veteran known also as Yahya Abou El Hamame, was "the mastermind and financier of several attacks," the defence ministry said.

US officials had accused him of kidnapping a number of Westerners in North and West Africa.

French Prime Minister Edouard Philippe arrived late on Friday in the capital, Bamako, along with Defence Minister Florence Parly, on a visit to show "support" for Mali, where some 4,500 French troops have been deployed since 2014 to retake the north of the country after it fell to jihadist fighters.

Earlier Parly had described the killing of the jihadist commander as a "spectacular action", saying it followed a manhunt which lasted several years.

His death "deals a very hard blow to terrorist groups in the Sahel," she said.

A total of 11 "terrorists", including El Hamame, were killed, he said.

El Hamame is suspected of involvement in the 2009 assassination of a US citizen, Christopher Leggett, in Mauritania, along with an attack the same year against the French embassy in Nouakchott.

El Hamame reportedly served as AQIM's "governor" in Timbuktu when the city was held by Islamist militants from April 2012 to January 2013.

The jihadist commander was believed to be second in command of the Group to Support Islam and Muslims (GSIM), also known as Nusrat al-Islam, led by Iyad Ag Ghali.

The group was formed by the merger of Ansar Dine, the Macina Liberation Front, Al-Mourabitoun and El Hamame's Sahel branch of AQIM.

El Hamame, aged about 40, took charge of Al-Qaeda's operations in southern Algeria and northern Mali in 2013 when he replaced Abdelhamid Abou Zeid, who was himself killed in fighting French-led forces in northern Mali.

El Hamame rose in the ranks of the group despite not having gone to Afghanistan as other key militants such as Mokhtar Belmokhtar, the one-eyed Islamist leader who masterminded an assault on an Algerian gas plant that left 37 foreign hostages dead in January 2013.

Born in the north Algerian town of Reghaia, El Hamame spent 18 months in prison in Algeria in the 1990s when the country was mired in Islamist violence.

In addition to French troops in Mali, around 15,000 peacekeepers have been deployed in the country as part of the United Nations stabilisation mission known as MINUSMA.

This followed the signing of a peace accord in 2015 between the Bamako government and armed groups.

The US-based Carter Center, an independent observer to the implementation of the accord, released its third report on Friday noting "the sustained cessation of hostilities between the signatories" but stressed that "the core commitments of the agreement remain unfulfilled."

The actions needed include "creating the new, decentralized political system, including devolving significant powers to the regions and putting in place the reconstituted armed forces through the equitable integration of the ex-combatants," said the report from the center founded by former US president Jimmy Carter But jihadist groups have continued operating in Mali and neighbouring countries.