Bhutan said deliberate attempts were being made by vested interests to spread misinformation and cause misunderstanding between the friendly people of Bhutan and Assam. 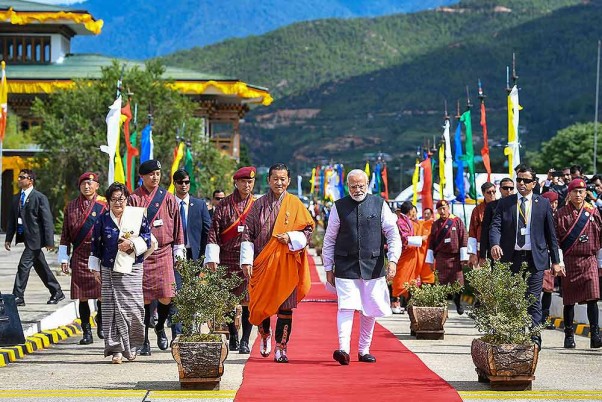 Bhutan on Friday rejected the media reports claiming that it has stopped the supply of irrigation water to farmers in Assam, terming them “totally baseless” and a "deliberate attempt" by vested interests to cause misunderstanding with India.

In a statement, Ministry of Foreign Affairs, Royal Government of Bhutan, said that since June 24, 2020, there have been several news articles published in India alleging that Bhutan has blocked water channels that supply irrigation water to Indian farmers in Baksa and Udalguri districts in Assam adjoining Samdrup Jongkhar district.

“This is a distressing allegation and the Ministry of Foreign Affairs would like to clarify that the news articles are totally baseless as there is no reason why the flow of water should be stopped at this time,” it said.

“It is a deliberate attempt by vested interests to spread misinformation and cause misunderstanding between the friendly people of Bhutan and Assam,” the ministry said.