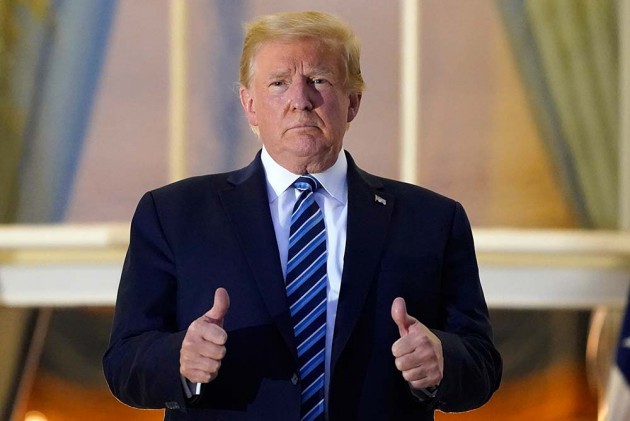 The Trump administration has announced new restrictions on H-1B nonimmigrant visa programme which it said is aimed at protecting American workers, restoring integrity and to better guarantee that H-1B petitions are approved only for qualified beneficiaries and petitioners, a move which will affect thousands of Indian IT professionals.

The interim final rule announced by the Department of Homeland Security (DHS) on Tuesday, ahead of the US presidential election on November 3, will narrow the definition of "specialty occupation" as Congress intended by closing the overbroad definition that allowed companies to game the system.

It will also require companies to make "real" offers to "real employees," by closing loopholes and preventing the displacement of the American workers. And finally, the new rules would enhance the department’s ability to enforce compliance through worksite inspections and monitor compliance before, during and after an H1-B petition is approved.

Such a decision by the Trump administration will have an adverse impact on thousands of Indian IT professionals. Already a large number of Indians on the H-1B visas have lost their jobs and are headed back home during the coronavirus pandemic that has severely hit the US economy.

According to the DHS, the interim final rule to be published in Federal Register will be effective in 60 days.

It said the US Citizenship and Immigration Services is forgoing the regular notice and comment period to immediately ensure that employing H-1B workers will not worsen the economic crisis caused by COVID-19 and adversely affect wages and working conditions of similarly employed US workers, it said.

The pandemic’s economic impact is an “obvious and compelling fact” that justifies good cause to issue this interim final rule, the DHS said in a press release.

The White House defended the move and said that the President is improving America’s work visa programmes to prioritise the highest-skilled workers and protect the American jobs and wages amidst the severe impact on the economy due to the coronavirus pandemic.

In a statement, the it said that Trump is committed to making sure the American workers are not disadvantaged by foreign labour.

“President Trump knows that H-1B visas should only be reserved for specialised talent that helps support a strong economy. For too long, this programme has been misused as an inexpensive labour programme, replacing American jobs in the process,” it said.

“These critical reforms will improve the quality of the H-1B programme without changing the annual statutory cap for H-1B visas. The Trump administration is closing loopholes that have allowed employers in the United States to replace American workers with low-cost foreign labour,” the White House said.

The H-1B programme was intended to allow employers to fill gaps in their workforce and remain competitive in the global economy, however it has now expanded far beyond that, often to the detriment of US workers, the DHS said.

In response, we must do everything we can within the bounds of the law to make sure the American worker is put first,” Wolf said.

“The US Department of Labour is strengthening wage protections, addressing abuses in these visa programmes and ensuring American workers are not undercut by cheaper foreign labour,” she said.

In a conference call with reporters, Deputy Labour Secretary Patrick Pizzella said that these changes were long overdue and it had become imperative in light of the current conditions in the US labour market.

“We're making good on the president's promise to protect Americans from those who seek to exploit the system for their gain," he said, adding that the rule would "ensure that Americans are first in line for American jobs as we continue our recovery”.

Data shows that more than half-a-million H-1B nonimmigrants in the United States have been used to displace US workers, which has led to reduced wages in a number of industries in the US labour market and the stagnation of wages in certain occupations, the DHS said.

The Department of Labour said that the prevailing wage rates in these programmes play an integral role in protecting US workers from unfair competition posed by the entry of lower cost foreign labour into the US labour market.

It is essential that the methodology used by the Department in calculating the prevailing wage rates accurately reflect what US workers performing the same kinds of jobs and with similar qualifications make to ensure employers cannot use foreign workers in place of US workers, it said.

The Interim Final rule, it said, will improve the accuracy of prevailing wages paid to foreign workers by bringing them in line with the wages paid to similarly employed US workers.

This will ensure that the Department more effectively protects the job opportunities and wages of American workers by removing the economic incentive to hire foreign workers on a permanent or temporary basis in the US over American workers, it said.

Trump, a Republican, is seeking another term in the White House. He is being challenged by former Vice President Joe Biden of the Democratic Party in the November 3 presidential election.

In June, the Trump administration suspended the H-1B visas along with other types of foreign work visas until the end of 2020 to protect American workers.

Reacting to the latest US move, industry body Nasscom on Wednesday said the changes announced to the H-1B visa programme will restrict access to skilled talent as well as harm the American economy and jobs.

"Nasscom believes that the changes announced to the H-1B visa programme will restrict access to talent and will harm the American economy, endanger US jobs, put US interests at risk, slowing down R&D into solutions to the COVID crisis.

"It is important for the US market to be able to access skilled talent for its businesses, especially during the COVID recovery phase," it said in a statement.

"These regulations seem to be based on misinformation about the programme and run counter-productive to their very objective of saving the American economy and jobs. This is particularly relevant at a time when US businesses continue to face a huge deficit of STEM skills, Nasscom said.

Despite the high degree of overall unemployment in the US, demand for high-tech skills continues to remain robust - clearly endorsing the argument that there are just not enough workers with relevant skills to fill them, it said.

"The new rules announced will worsen this talent gap by making it more difficult for US employers to hire foreign workers," Nasscom said.