The Museum of London on Monday announced its ambition to acquire two giant balloons depicting as babies US President Donald Trump and city Mayor Sadiq Khan as part of its permanent 'Protest' collection. 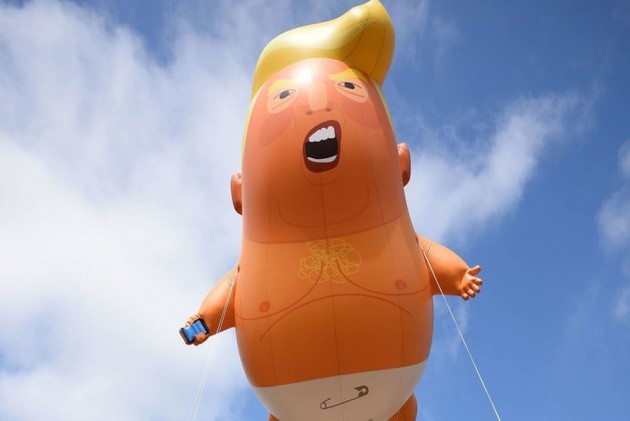 "Trump Baby Blimp", the six-meter balloon which was a symbol of protest during US President Donald Trump's visit to London last year, may again take to the skies this week with Trump visiting the city again.

The Museum of London on Monday announced its ambition to acquire two giant balloons depicting as babies US President Donald Trump and city Mayor Sadiq Khan as part of its permanent "Protest" collection. It hopes to reach out to the creators of both soon.

"In July last year, Londoners took to the streets to protest President Trump's visit to the UK. To mark this moment, an over-sized balloon showing the President in a diaper, was flown above Parliament Square," the Museum said.

In quick response, a blimp of Sadiq Khan, the Mayor of London, was also created and floated in the capital to protest against some of his policies and advocate the Londoners' right to freedom of speech, it added.

If acquired, the balloons will join the Museum's "Protest" collection, which comprises objects related to the Suffrage movement 100 years ago, banners, flags, and tents that belonged to Brian Haw, who used to actively protest outside the Houses of Parliament, as well as recent placards used by protesters against public spending cuts.

The US President arrived in London on Monday on a three-day state visit to the United Kingdom.

"We are yet to hear if the Sadiq Khan balloon will make another appearance," the Museum of London said.