The Republicans' lawsuit claims a new system adopted by the State Board of Elections will allow for absentee ballots to be cast late and without proper witness verification, 'which invites fraud, coercion, theft, and otherwise illegitimate voting'. 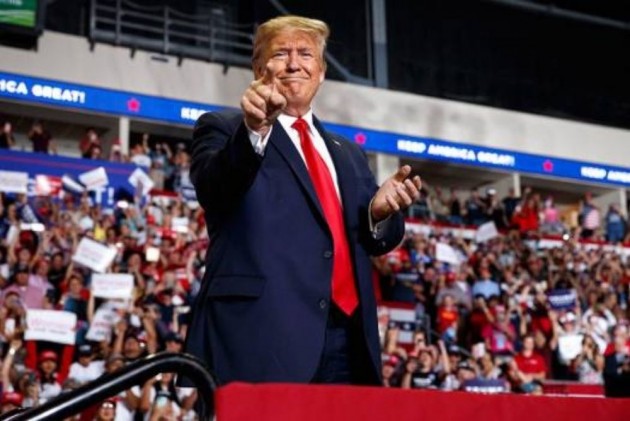 The Republicans' lawsuit claims a new system adopted by the State Board of Elections will allow for absentee ballots to be cast late and without proper witness verification, “which invites fraud, coercion, theft, and otherwise illegitimate voting.”

The elections board on Tuesday issued new guidance allowing mail-in absentee ballots with deficient information to be fixed without forcing the voter to fill out a new blank ballot for November's general election.

The change means absentee voters who don't provide complete information on their envelope about a witness who saw them fill out the ballot won't have to complete a new ballot and locate another witness. A voter will just have to turn in an affidavit confirming they filled out the original ballot.

North Carolina is one of eight states with witness and or notary public requirements for absentee ballots, according to the Brennan Center for Justice. North Carolina General Assembly leaders announced late Saturday they had also filed a similar lawsuit in federal court against board members.

They asked a judge to block enforcement of the board's absentee ballot alterations, which they contend would wrest away from the legislature its constitutional job to set the rules for federal elections.

The national Republicans' federal lawsuit claims the state elections board made a partisan “backroom deal” that undermines state lawmakers' “carefully-considered, balanced structure of election laws.” The suit claims the board's guidance usurps a law that says a ballot may only be accepted if it has a witness signature on it.

“While touted as allowing greater access to voters during the current pandemic — an objective already addressed in recent months by the General Assembly — the actual effect is to undermine protections that help ensure the upcoming election will be not only safe and accessible but secure, fair, and credible,” the suit says.

The lawsuit filed by the Trump campaign and the RNC also accuses the board of trying to override state law in saying that ballots postmarked on or before Election Day can be counted if they are received within nine days of the election instead of the three days prescribed by law.

The state elections board and its chairman, Damon Circosta, are among the defendants named in the lawsuit. The plaintiffs also include two Republican congressmen from North Carolina, U.S. Reps. Greg Murphy and Dan Bishop.

Circosta didn't immediately respond Saturday evening to text messages seeking a response to the lawsuits. Later Saturday, Board spokesperson Patrick Gannon said the board was reviewing the litigation.

North Carolina and other states expect a major surge in absentee voting for the Nov. 3 election amid the COVID-19 pandemic. More than 1 million voters in North Carolina already had requested an absentee ballot as of Sept. 24 and that nearly 240,00 completed ballots had already been returned, the lawsuit says.

The state elections board's new guidance to county boards means residents won't be forced to start over from scratch in casting votes if a witness fails to sign or provide an address on the envelope containing their absentee ballot. The guidance means that the ballot now won't be considered “spoiled,” and the voter will be sent an affidavit to sign to rectify the problem.