According to CNN, some of those conversations happened in recent weeks, and Trump has asked about the legal and political consequences of a self-pardon. 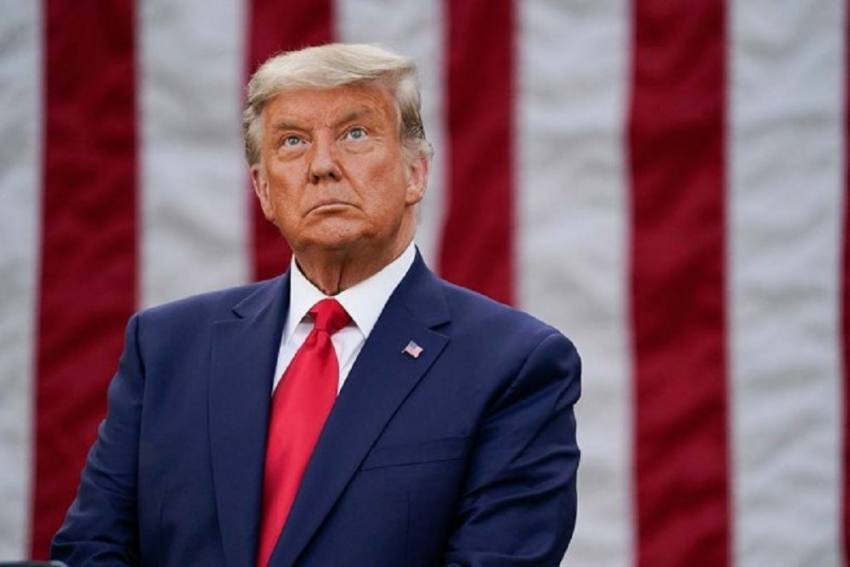 Embattled President Donald Trump has sought the counsel of friends and aides the possibility of pardoning himself before leaving the office on January 20, US media reports have said.

CNN reported that Trump has asked about the legal and political consequences of a self-pardon in the past few weeks.

The news comes as Democratic and Republican lawmakers alike expressed horror at Trump’s conduct after violence rocked the US Capitol building on Wednesday where his supporters clashed with police, resulting in four deaths. The mayhem had also interrupted a constitutional process by Congress to affirm the victories of President-elect Joe Biden and Vice President-elect Kamala Harris in the November 3 election.

It is not clear if the issue has come up since Wednesday's mayhem at the Capitol building fomented by the President's rhetoric or after his recent controversial call with the Georgia Secretary of State Brad Raffensperger, the report said, citing multiple sources.

The President has also asked for legal opinions on whether he has the authority to issue a self-pardon and has been advised on the potential political fallout, it said.

The New York Times reported on Thursday that Trump has suggested in conversations since Election Day that he wants to pardon himself, citing two people familiar with the discussions.

“In several conversations since Election Day, Mr Trump has told advisers that he is considering giving himself a pardon and, in other instances, asked whether he should and what the effect would be on him legally and politically, according to the two people,” the Times reported.

House of Representatives Speaker Nancy Pelosi and Senate Democratic Leader Chuck Schumer both said that Vice President Mike Pence and the Cabinet should invoke the 25th Amendment of the US Constitution to remove Trump from power.

Trump, who has issued a series of pardons to political allies and friends, said in a 2018 Twitter post: “I have the absolute right to PARDON myself.”

"As has been stated by numerous legal scholars, I have the absolute right to PARDON myself, but why would I do that when I have done nothing wrong?" he said in a tweet in June 2018.

A presidential self-pardon is untested and experts are divided on its constitutionality. A Justice Department legal memo says the president cannot pardon himself but he can step down and ask his Vice-President to take over and pardon him. However, that memo is not binding.

"A prosecutor first would have to indict Trump, notwithstanding the self-pardon. Then the issue would be litigated in the courts, likely up to the Supreme Court. Given the weight of the constitutional and historical authority (including the Justice Department opinion and the stated intent of the Framers), a self-pardon likely would not stand; but there's almost no downside to Trump in at least giving it a shot and seeing if it sticks," Honig wrote in July.

While all presidents issue controversial pardons at the end of their terms, Trump has moved at a faster pace than his predecessors, demonstrating little inhibition for rewarding his friends and allies using one of the most unrestricted powers of his office.

Trump suggested to advisers he was concerned about the incoming administration potentially investigating his family for criminal wrongdoing, it said.

A self-pardon would complicate the already fraught question for the Biden Justice Department about whether to investigate and ultimately prosecute Trump.

Democrats and former Justice Department officials contend that if Trump pardons himself and the Justice Department declines to prosecute him, it will send a troubling message to Americans about the rule of law and to future presidents about their ability to flout the law, the report said.

The only President to receive a pardon was Richard Nixon. A month after Nixon left office, his former Vice-President, Gerald Ford, pardoned him for all crimes he committed in office.

The move was widely criticised at the time as allowing the presidency to hover above the law. Ford supporters later blamed the pardon for his election loss two years later, though ultimately the pardon came to be seen as a move that helped the country move on from the Watergate scandal.