Trump May Not Even Be A Free Person In 2020: Democratic Senator Elizabeth Warren

Democratic Senator Elizabeth Warren said that President Donald Trump might be unable to finish his term by the time Election Day comes in the year 2020. 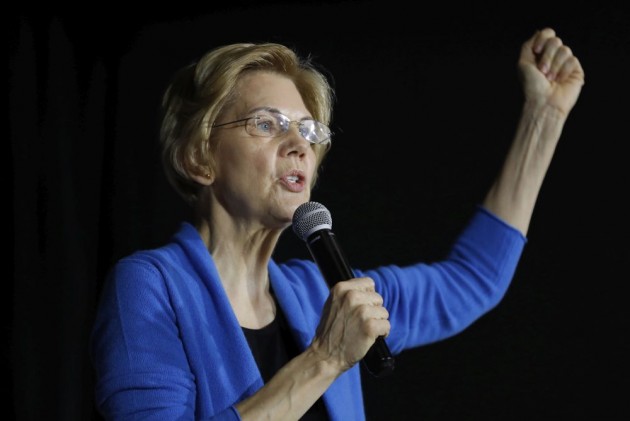 Democratic Senator Elizabeth Warren, who has officially launched her presidential campaign for the next election, said that President Donald Trump might be unable to finish his term by the time Election Day comes in the year 2020.

"By the time we get to 2020, Donald Trump may not be President... In fact, he may not even be a free person," Warren told an audience at a campaign event on Sunday in Cedar Rapids, Iowa.

Warren elaborated the remarks to the media later at another event in Iowa City, pointing to the ongoing investigation of Russian meddling in the 2016 election by Special Counsel Robert Mueller, reports CNN.

"Well come on. How many investigations are there now? It's no longer just the Mueller investigation," Warren said.

"They're everywhere and these are serious investigations, so we'll see what happens."

Asked whether she believes Trump should be impeached, the Senator said it was important to first see Mueller's findings.

Warren formally kicked off her bid for the 2020 Democratic presidential nomination before a crowd of about 3,500 supporters in Massachusetts on Saturday.

"Every day, there's a racist tweet, a hateful tweet, something really dark and ugly," Warren said of Trump.

"And what are we, as candidates, as activists, the press, going to do about it? Are we going to let him use those to divide us?"

Warren's remark comes as Trump's legal woes mount and as Mueller's investigation on Russian election interference has closed in on several key members of the President's circle, reports The Washington Post.

With last month's indictment of Roger Stone, Trump's longtime friend and adviser, 34 people have been charged in the Mueller investigation, and six Trump associates have pleaded guilty.