'No bedbugs at Doral,' Trump huffed in a tweet, after returning from a G7 summit in France where he had touted the Trump National Doral Miami as the ideal venue for next year's gathering of world leaders. 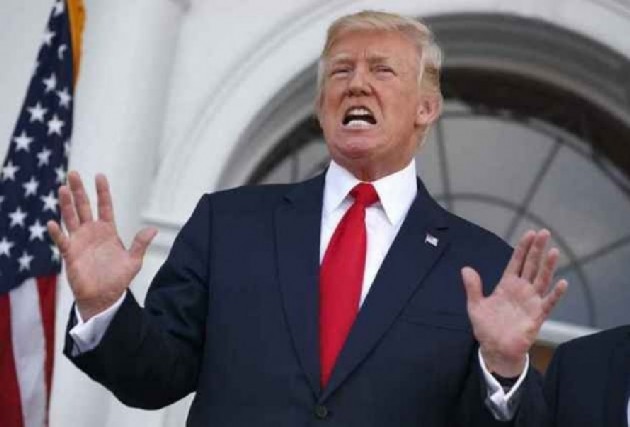 President Donald Trump lashed out Tuesday at "false and nasty" rumours that the Trump golf resort he offered for the next G7 summit is infested with bedbugs.

"No bedbugs at Doral," Trump huffed in a tweet, after returning from a G7 summit in France where he had touted the Trump National Doral Miami as the ideal venue for next year's gathering of world leaders.

"The Radical Left Democrats, upon hearing that the perfectly located (for the next G-7) Doral National MIAMI was under consideration for the next G-7, spread that false and nasty rumor. Not nice." #Trumpbedbugs trended on Twitter Monday with much of the commentary accusing the president of using his office to drum up business for his golf resorts.

Fuelling the buzz was a Miami Herald story from January 30, 2017 that Trump's attorneys had reached a settlement with a Doral guest who had complained of being attacked by bedbugs.

Eric Linder, a New Jersey insurance executive who filed suit in July 2016, submitted photos that showed his back, neck and arms covered with dozens of bites after spending the night at the resort's $300-a-day Jack Nicklaus villa.

Doral blamed Linder as "the sole proximate or contributing cause" of the bedbugs, according to the Herald story.

Surprisingly, Trump made no mention of a separate bedbug problem at The New York Times, which also sparked jokes on social media.

In an email to employees Monday, the newspaper advised that evidence of bedbugs had been discovered in a second-floor wellness room, a third-floor couch and a fourth-floor booth.