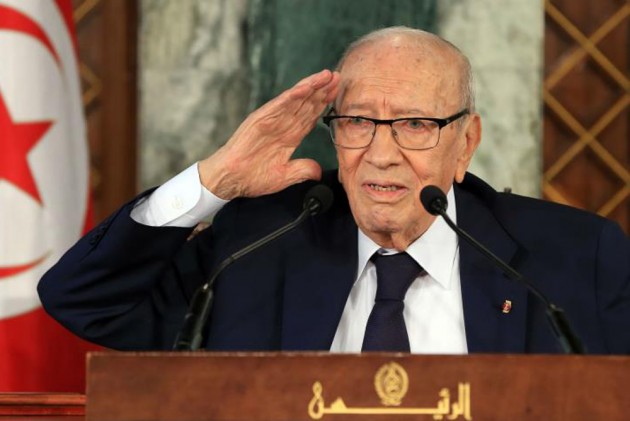 He had been hospitalised with a severe illness in late June and was returned to intensive care on Thursday.

A veteran politician, Essebsi served as an adviser to Habib Bourguiba, the father of Tunisia's independence from France, holding a number of key jobs under him and later under Ben Ali.

Over the years, Essebsi was director general of the national police and interior minister. He later held the defence portfolio before becoming ambassador to France.

He became prime minister after the 2011 uprising and organised parliamentary elections later that year.

Essebsi is the founder and chairman of the secularist Nidaa Tounes (Call of Tunis) party.

In April, he said he did not plan to stand for re-election in polls due to be held in November this year in order to make way for someone younger.

Presidential elections are scheduled for November 17, after parliamentary elections which have been set for October 6.

Essebsi has neither rejected nor enacted an amended electoral code passed by parliament in June that would bar the way for several strong candidates in the upcoming polls.

The restrictions would rule out the candidacy of media magnate Nabil Karoui, charged earlier this month with money laundering, who has formed a political party and stated his intention to stand in the poll.