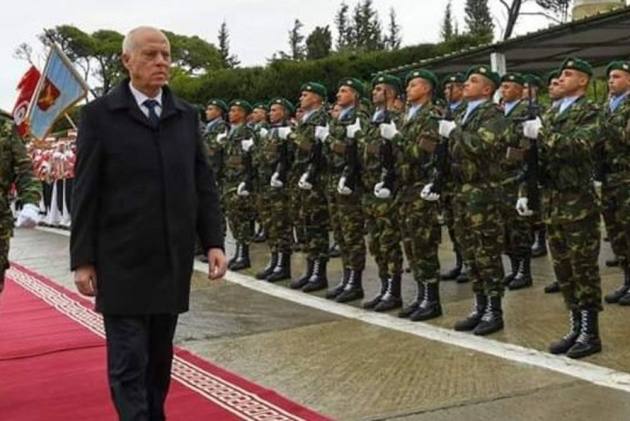 The office of Tunisian President Kais Saied said on Thursday that he had been the victim of an “attempted poisoning” via a letter addressed to him and opened by an aide who fell ill.

The announcement confirmed reports circulating for more than a day that someone had tried to poison the president.

The statement said a letter received Monday from an “unknown sender” addressed to Saied went to the desk of his top aide, Nadia Akacha.

“On opening it, she found no written document, but her health quickly deteriorated,” the statement said. “She suddenly felt weak, nearly lost her vision and got a migraine headache.” Another official in the room felt a bit ill, it added.

The aide was placed in Tunisia's military hospital and the letter sent for analysis by a special service of the Interior Ministry, the statement said.

The spokesman for the Tunis prosecutor's office, Mohsen Dali, said a special brigade was investigating the case.

The statement from the president's office said a decision had been made not to publish the information the day of the incident “to avoid spreading panic” among the population. It said that Saied I “was not effected” by the poison letter and was in good health.

Saied, a former law professor and political outsider, was elected to the presidency in 2019.