Abderraoof Alkhawaldeh and Issam Abdallah said they filed a complaint with the US Department of Transportation against the Fort Worth-based airline, asking the federal agency to investigate the incident. 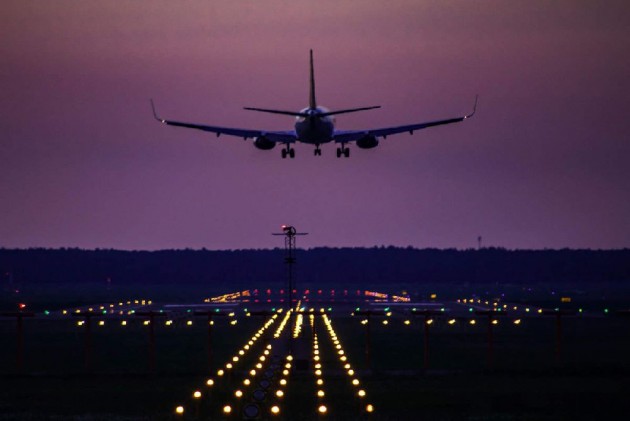 Two Muslim men from Texas say American Airlines profiled them and cancelled their flight after crew members said they "didn't feel comfortable" flying with the pair.

Abderraoof Alkhawaldeh and Issam Abdallah said they filed a complaint with the US Department of Transportation against the Fort Worth-based airline, asking the federal agency to investigate the incident.

The men say American Airlines discriminated against them Saturday for appearing Muslim and Middle Eastern during a flight from Birmingham, Alabama, that was headed to Dallas-Fort Worth International Airport.

The pair says flight attendants reported them because a crew member noticed Abdallah flush the toilet two times while in the aeroplane restroom, according to a letter the men's attorney sent to the DOT. The men also waved to each other on the plane.

"It was the most humiliating day of my life," said Abdallah, who spoke Thursday at the Dallas-Fort Worth chapter of the Council on American-Islamic Relations.

The passengers were put on a later flight. Alkhawaldeh and Abdallah were questioned and searched by the FBI and the Transportation Security Administration before they were cleared to board.

"I have taken hundreds of flights — and to be treated with such disrespect, suspicion, to be questioned in public and to be singled out and followed around in front of other airport customers — I am really worried as to what my next flying experience will be," said Alkhawaldeh, adding that he flies with American often and is an AAdvantage Executive Platinum member, the company's highest frequent flier ranking.

American Airlines spokeswoman LaKesha Brown said the flight was cancelled as a result of "concerns raised by a crew member and a passenger."

"American and all of its regional partners have an obligation to take safety and security concerns raised by crew members and passengers seriously," Brown said in a statement.

She added that American is reviewing the incident and has reached out to the men "to better understand their experience." Saturday's flight was operated by independently owned Mesa Airlines, which handles some flights for American Airlines.

"The safety and security of our customers is our top priority, and we are conducting a thorough investigation of this matter," Mesa spokesman Jack Heller said Thursday.

American Airlines has been criticized before over its treatment of passengers who are people of colour.

The NAACP issued a travel advisory in October 2017 for American Airlines after a string of incidents in which black passengers said they were discriminated against on flights.

In June, a Miami doctor said he was removed from an American flight for his Arab and Muslim appearance and for using a phone during takeoff. He is now suing the airline in federal court.

That same month, a black doctor and founder of a telemedicine service said an American Airlines crew called her romper inappropriate and told her to cover up or risk being kicked off her flight back into the U.S. from vacation in Jamaica.

On Thursday, Omar Suleiman, founder of the Yaqeen Institute for Islamic Research in Dallas, said the profiling of Muslims is increasing, particularly at airports and on planes.

"Airports are a scary place for Muslims. Especially with the rhetoric of the president (Donald Trump)," Suleiman said.

"Most of the time people do not step forward to talk about their experiences," he added. "Instead of just addressing this issue in isolation, American Airlines could use this opportunity to create protocols that stops this from happening all the time."