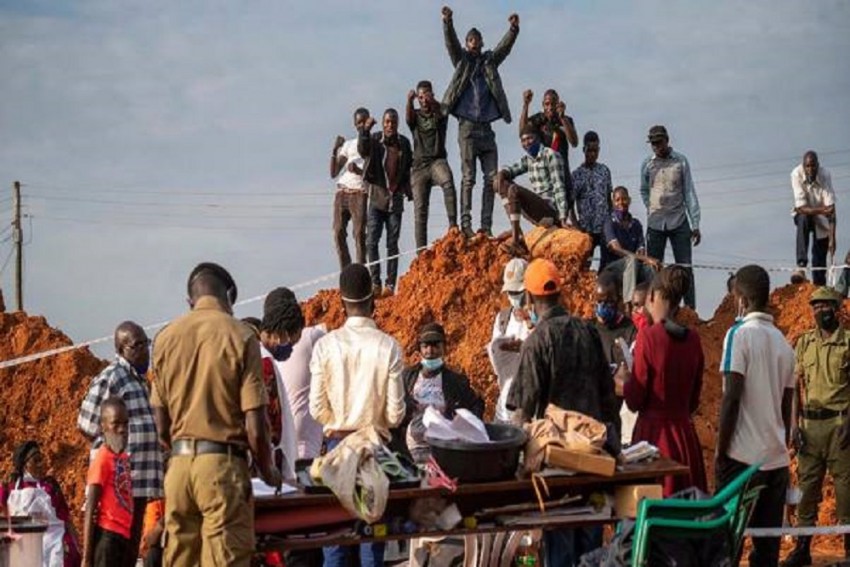 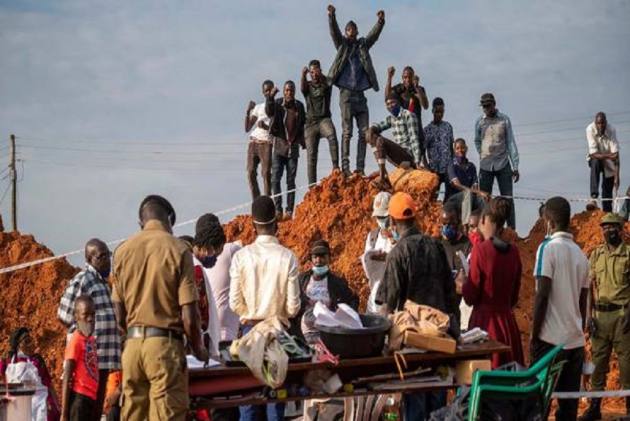 A day after Uganda's longtime leader was declared the winner of the country's presidential election, the opposition party dismissed the results as “fraud” and called for the release of their leader, Bobi Wine, who has been under house arrest for several days.

“We ask Ugandans to reject this fraud," the opposition party, the National Unity Platform, said in a statement Sunday. ”This is a revolution and not an event.

A revolution of this nature cannot be stopped by a fraudulent election." The opposition party said that its “quest for a free Uganda is on despite the current attack on free speech and association,” referring the days-long shutdown of the internet by the government. The party urged its followers to use every “constitutionally available avenue” to pursue political change.

Wine tweeted Sunday that military units are not allowing him and his wife, Barbie, from leaving their house, not even to harvest food from their garden.

“It's now four days since the military surrounded our home and placed my wife and I under house arrest,” said Wine's tweet. “We have run out of food supplies and when my wife tried to pick food from the garden yesterday, she was blocked and assaulted by the soldiers staged in our compound.” The electoral commission said that Museveni received 58 per cent of the vote to Wine's 34 per cent, with a voter turnout of 52 per cent.

Although Museveni stays in power, at least nine of his Cabinet ministers, including the vice president, were defeated in the parliamentary elections, many losing to candidates from Wine's party, local media reported.

Officials struggled to explain how polling results were compiled amid an internet blackout.

In a generational clash watched across the African continent with a booming young population and a host of ageing leaders, the 38-year-old singer-turned-lawmaker Wine posed arguably the greatest challenge yet to Museveni, 76, since he came to power in 1986.

Calling himself the “ghetto president,” Wine had strong support in Uganda's cities, urban where frustration with unemployment and corruption is high. Museveni dismissed the claims of vote-rigging.

“I think this may turn out to be the most cheating-free election since 1962,” when Uganda won independence from Britain, said Museveni in a national address on Saturday.

The electoral commission deflected questions about how countrywide voting results were transmitted during the internet blackout by saying “we designed our own system.”

“We did not receive any orders from above during this election,” commission chair Simon Byabakama told reporters, adding his team was “neither intimidated nor threatened.” Tracking the vote was further complicated by the arrests of independent monitors and the denial of accreditation to most members of the U.S. observer mission, leading the U.S. to cancel its monitoring of the vote.

“Uganda's electoral process has been fundamentally flawed,” the top U.S. diplomat for Africa, Tibor Nagy, tweeted, warning that “the U.S. response hinges on what the Ugandan government does now.”

The U.S. State Department urged “independent, credible, impartial, and thorough investigations” into reports of irregularities. It condemned “the continuing attacks on political candidates” and called for the immediate restoration of the internet and social media.

“We reiterate our intention to pursue action against those responsible for the undermining of democracy and human rights in Uganda,” it said.