The breakthrough came Thursday with just over a week to go until the UK's split is completed. 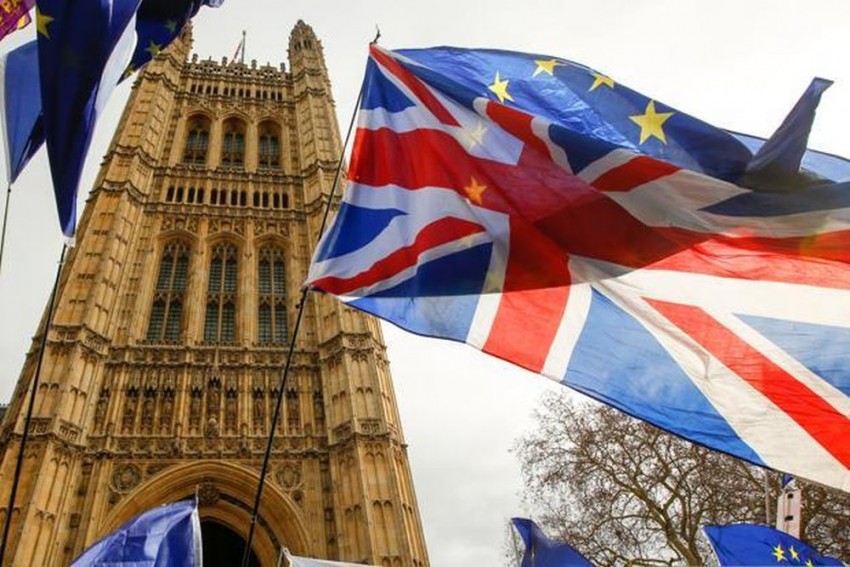 Britain and the European Union have struck a provisional free-trade agreement that should avert New Year's chaos for cross-border commerce and bring a measure of certainty to businesses after years of Brexit turmoil.

The breakthrough came Thursday with just over a week to go until the UK's split is completed.

Now comes the race to approve and ratify the deal before the U.K. leaves the EU's economic structures at the end of the year. The British and European parliaments both must hold votes on the agreement.

Months of tense and often testy negotiations gradually whittled differences between the two sides down to three key issues: fair-competition rules, mechanisms for resolving future disputes and fishing rights. The rights of EU boats to trawl in British waters remained the last obstacle before it was resolved.

However, key aspects of the future relationship between the 27-nation bloc and its former member remain unresolved.

British Prime Minister Boris Johnson had insisted the UK would "prosper mightily" even if no deal were reached and the UK had to trade with the EU on World Trade Organization terms. But his government has acknowledged that a chaotic exit was likely to bring gridlock at Britain's ports, temporary shortages of some goods and price increases for staple foods.

Britain withdrew from the EU's political institutions on January 31, and an economic transition period expires on December 31.