In the lead up to this complete removal of all Huawei kit from UK networks, there will be a total ban on the purchase of any new 5G kit after December 31, 2020. 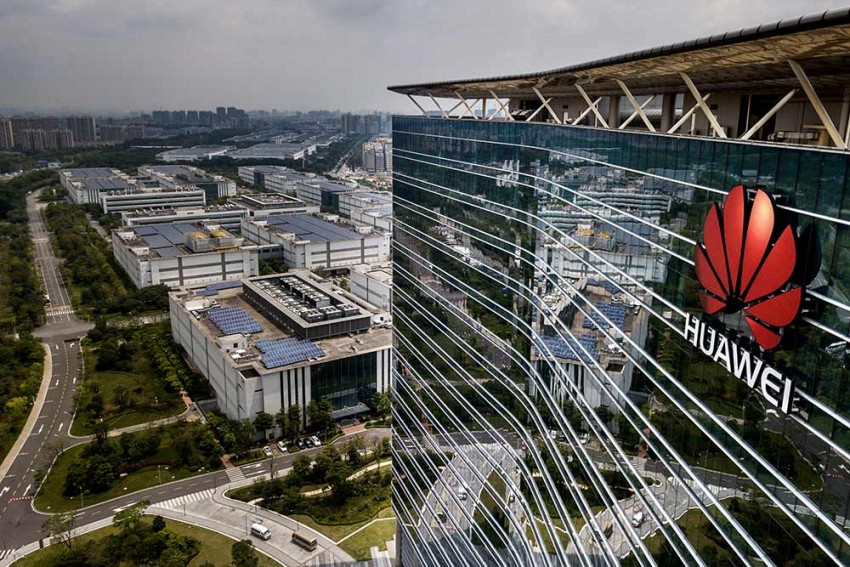 Huawei will be completely removed from the UK’s 5G networks by the end of 2027, the UK government announced on Tuesday after a review by the country’s National Cyber Security Centre (NCSC) on the impact of US sanctions against the Chinese telecommunications giant.

In the lead up to this complete removal of all Huawei kit from UK networks, there will be a total ban on the purchase of any new 5G kit after December 31, 2020.

The decision was taken at a meeting of the UK’s National Security Council (NSC) chaired by Prime Minister Boris Johnson, in response to new US sanctions against the telecom major imposed in May which removed the firm’s access to products which have been built based on US semiconductor technology.

“5G will be transformative for our country, but only if we have confidence in the security and resilience of the infrastructure it is built upon,” said Oliver Dowden, UK Secretary of State for Digital, Culture, Media and Sport (DCMS).

“Following US sanctions against Huawei and updated technical advice from our cyber experts, the government has decided it necessary to ban Huawei from our 5G networks. No new kit is to be added from January 2021, and UK 5G networks will be Huawei free by the end of 2027. This decisive move provides the industry with the clarity and certainty it needs to get on with delivering 5G across the UK,” he said.

The minister, who laid out the details of the UK's ban on Huawei in the House of Commons, said the government will now seek to legislate with a new Telecoms Security Bill to put in place the powers necessary to implement the “tough new” telecoms security framework.

“By the time of the next election (2024) we will have implemented in law an irreversible path for the complete removal of Huawei equipment from our 5G networks,” said Dowden.

The new law will give the government the national security powers to impose these new controls on “high risk vendors” and create extensive security duties on network operators to drive up standards, DCMS said.

Technical experts at the NCSC reviewed the consequences of the US sanctions and concluded that Huawei will need to do a major reconfiguration of its supply chain as it will no longer have access to the technology on which it currently relies and there are no alternatives which we have sufficient confidence in.

They found the new restrictions make it impossible to continue to guarantee the security of Huawei equipment in the future.

After a ban on the purchase of new Huawei kit for 5G from next year, the aim is to completely remove the Chinese vendor’s influence on 5G networks across the UK by the end of 2027.

The DCMS said Tuesday’s decision takes into account the UK’s specific national circumstances and how the risks from these sanctions are manifested in the country.

The existing restrictions on Huawei in sensitive and critical parts of the network remain in place, it highlighted.

The DCMS said the US action also affects Huawei products used in the UK’s full fibre broadband networks. However, the UK has managed Huawei’s presence in the UK’s fixed access networks since 2005 and we also need to avoid a situation where broadband operators are reliant on a single supplier for their equipment.

As a result, following security advice from experts, DCMS is advising full fibre operators to transition away from purchasing new Huawei equipment. A technical consultation will determine the transition timetable, but it is expect this period to last no longer than two years.

The government said its new approach strikes the right balance by recognising full fibre’s established presence and supporting the connections that the public relies on, while fully addressing the security concerns.

It stressed that its new policy in relation to high risk vendors has not been designed around “one company, one country or one threat” but as an “enduring and flexible policy” that will enable the UK to manage the risks to the network, now and in the future.

Expressing disappointment over UK's decision to ban it from 5G networks, Huawei in a statement issued in Beijing said, "This disappointing decision is bad news for anyone in the UK with a mobile phone. It threatens to move Britain into the digital slow lane, push up bills and deepen the digital divide."

"Instead of 'levelling up', the government is levelling down and we urge them to reconsider. We remain confident that the new US restrictions would not have affected the resilience or security of the products we supply to the UK," it said.

The company said its future in the UK has become "politicised".

"This is about US trade policy and not security. Over the past 20 years, Huawei has focused on building a better-connected UK. As a responsible business, we will continue to support our customers as we have always done," the statement said.

"We will conduct a detailed review of what today's announcement means for our business here and will work with the UK government to explain how we can continue to contribute to a better-connected Britain," it said.

According to analysts in Beijing, the UK’s decision came as a shock for Huawei, which was hoping that Britain would not be influenced by the US global campaign to ban it.

But the Chinese government’s decision to go ahead with the implementation of its controversial national security law in the former British colony Hong Kong fuelled resentment against Beijing in the UK and prompted Prime Minister Boris Johnson to opt against Huawei, they opined.