Ministry of External Affairs spokesperson Raveesh Kumar described the Labour Party's move as an attempt at "pandering to vote-bank interests." 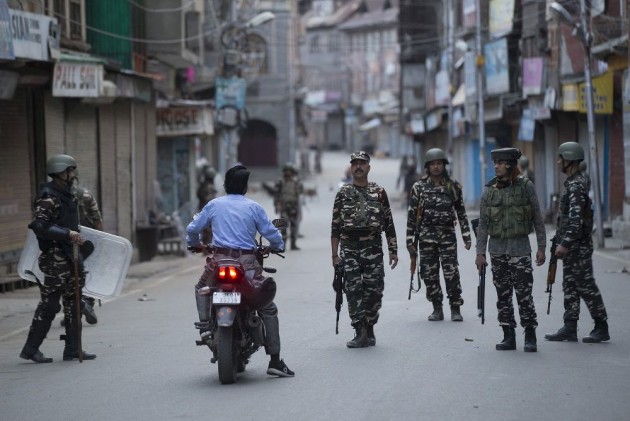 The UK’s Opposition Labour Party on Wednesday passed an emergency motion on Kashmir calling for party leader Jeremy Corbyn to seek international observers to "enter" the region and demand the right of self-determination for its people, drawing criticism from the Indian diaspora representatives who described it as "ill-conceived" and "misinformed".

In contrast with the British government’s official stand of Kashmir being a bilateral issue between India and Pakistan, the Opposition resolution tabled at Labour’s annual party conference in Brighton calls for intervention by Corbyn to ensure someone from the party is represented to attend the United Nations Human Rights Council (UNHRC) on the issue.

"The conference urges the Labour party to ask Jeremy Corbyn or ensure someone from the labour party is represented to attend the UNHRC to demand the restoration of basic human rights including the freedom of speech and communication, the lifting of curfews, and to allow the humanitarian aid organisation and international observers to enter the region," reads the resolution.

Meanwhile, India slammed the Labour Party after it passed a resolution calling for international intervention on the Kashmir issue. Ministry of External Affairs spokesperson Raveesh Kumar described the Labour Party's move as an attempt at "pandering to vote-bank interests". There is no question of engaging with the Labour Party or its representatives on this issue, he said.

The resolution was tabled on Tuesday by the Leyton and Wanstead and Nottingham East Constituency Labour Party wings and passed on Wednesday. The resolution also calls for Corbyn to meet the high commissioners of both India and Pakistan to ensure there is "mediation" and restoration of peace and normality to prevent a potential nuclear conflict.

India maintains that the Kashmir issue is a bilateral one and no third party has any role in it.

The resolution states: "Accept that Kashmir is a disputed territory and the people of Kashmir should be given the right of self-determination in accordance with UN resolutions."

"The Labour party to stand with the Kashmiri people....this is vital as we stand for social justice and ethical foreign policy.”

It notes that while the party conference is taking place in the UK, India and Pakistan are discussing the issue of Kashmir at the United Nations amid a major humanitarian crisis and several exchanges of fire across the Line of Control.

In an apparent reference to the revocation of Article 370, it condemns the house arrest and imprisonment of mainstream politicians and activists and restrictions on journalistic freedom, claiming that “ongoing communications blackout” continues to cause disruption for families.

The party’s resolution attracted criticism from Indian diaspora representatives, who warned that it would alienate the party’s support among Indian-origin electorate.

"The Labour Party has historically enjoyed good relations with India and its diaspora community in the UK. However, under Jeremy Corbyn this relationship has become fractured due to what can only be described as now an institutional bias against India and Indians," said Manoj Ladwa, the CEO of UK-based media house India Inc and former Chair of Labour’s Indian Community Engagement Forum.

"This resolution on Kashmir is ill-conceived, misinformed, and will only further alienate the vast majority of Indians from Labour," he said.

"The revocation of Article 370 was both constitutional and just, giving women, minorities, LGBTQ communities the rights which this so called ‘special status’ denied. It’s ironic that Labour through passing this resolution seeks the continued oppression of these communities," he said, adding that he had left the party over fears of it being "hijacked by hard-left extremists and Jihadi sympathisers".?

The Labour resolution follows Corbyn’s own direct social media intervention in the wake of the Indian government’s announcement on Article 370 last month, which withdrew the special status of Jammu and Kashmir.

"The situation in Kashmir is deeply disturbing. Human rights abuses taking place are unacceptable. The rights of the Kashmiri people must be respected and UN resolutions implemented," Corbyn had said at the time.