UK PM Boris Johnson, Who Tested Positive For Coronavirus, Moves Out Of ICU

UK Foreign Secretary Dominic Raab, who is deputising for Johnson while he is in hospital, said that the Prime Minister 'continues to make positive steps forwards and is in good spirits'. 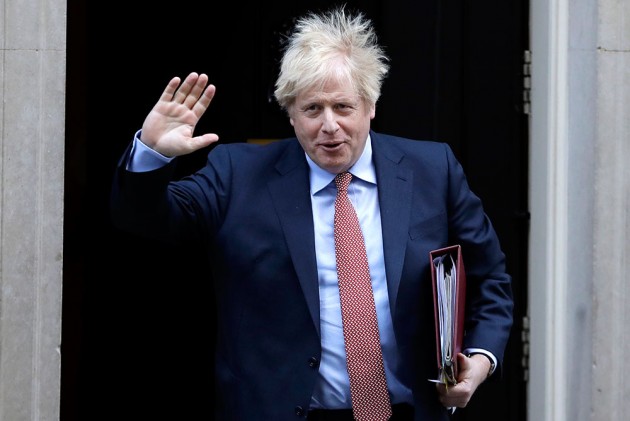 British Prime Minister Boris Johnson has been moved out of intensive care as his condition improves, Downing Street said on Thursday evening.

"The Prime Minister has been moved this evening from intensive care back to the ward, where he will receive close monitoring during the early phase of his recovery. He is in extremely good spirits," a Downing Street spokesperson said.

UK Foreign Secretary Dominic Raab, who is deputising for Johnson while he is in hospital, had told reporters during the daily briefing that the Prime Minister “continues to make positive steps forwards and is in good spirits”.

Earlier on Thursday, Downing Street had confirmed that Johnson continues to improve after he spent a third night in the intensive care unit (ICU) of a London hospital with coronavirus.

The 55-year-old was shifted to the ICU of St Thomas’ Hospital in London on Monday night as his condition worsened over 10 days after he had tested positive for coronavirus and went into self-isolation. He has since received "standard oxygen treatment" but has not been diagnosed with pneumonia or required a ventilator to aid his breathing.

"The Prime Minister had a good night and continues to improve in intensive care at St. Thomas' Hospital. He's in good spirits," a Downing Street spokesperson said, providing a health update on the UK PM.

“He's stable, improving, sat up and engaged with medical staff. I’ve known the Prime Minister for a long time and I wish him well in this difficult time and I think things are getting better for him," UK Culture Secretary Oliver Dowden said earlier on Thursday.

UK Foreign Secretary Dominic Raab, who is deputising for the UK PM while he continues treatment for Covid-19, will chair a virtual Cobra emergency meeting on Thursday to discuss a review of the UK's coronavirus lockdown to consider whether the strict social distancing measures should be extended beyond the 21-day period initially announced by Johnson on March 23.

The measures are set to end next Monday but indications are that they would have to be extended.

Welsh health minister Vaughan Gething – who will take part in the Cobra meeting – said there was "virtually zero prospect" of government experts advising that it was safe to lift the lockdown, adding the measures would continue for "a number of weeks".

"I think rather than speculate about the future, I think we should focus very seriously on the here and now and the present," said Rishi Sunak, the UK Chancellor of the Exchequer who led the daily Downing Street briefing on Wednesday evening.

The senior Indian-origin Cabinet minister, who announced a new 750-million pound fund to support frontline charities across the UK through the pandemic, stressed the importance of the British public continuing to follow the government's stay-at-home guidance especially during what is a usual holiday travel period over a long Easter weekend.

Sunak, who is the next in line in the government’s chain of command after UK Foreign Secretary Dominic Raab, also gave his own update on the UK PM’s health to confirm that he was sitting up in bed and engaging with his clinical team.

"The latest from the hospital is the Prime Minister remains in intensive care where his condition is improving," he had said.

“The Prime Minister is not only my colleague and my boss but also my friend, and my thoughts are with him and his family," he said, adding that the UK PM’s illness is a reminder how “indiscriminate this disease is”.

The coronavirus death toll in the UK registered another record daily jump of 881 fatalities on Thursday to hit 7,978.

Deputy chief scientific adviser, Dame Angela McLean, had said COVID-19 cases were not "accelerating out of control" in the country and warned against complacency and breaking the lockdown norms.