Theresa May stepped down after failing to win over her ministers with a revised strategy over her plans for the UK's withdrawal from the European Union. 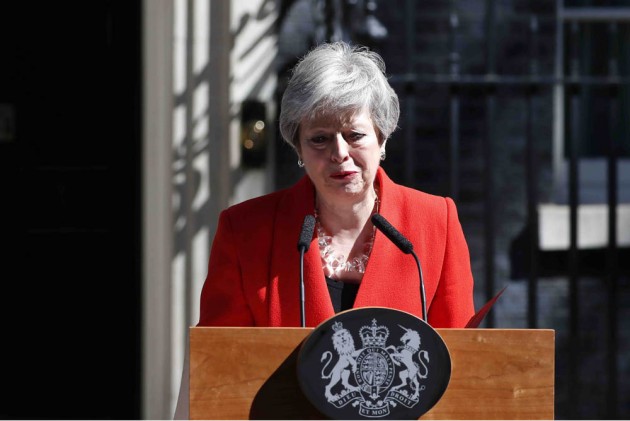 Theresa May Friday announced that she is quitting as UK Conservative leader on June 7, sparking a contest for Britain's new Prime Minister.

She stepped down after failing to win over her ministers with a revised strategy over her plans for the UK's withdrawal from the European Union.

It is expected that May, 62, will stay on in Downing Street as caretaker Prime Minister to oversee the state visit of US President Donald Trump, planned for early June, with a new Tory leader expected to be in place by the end of July.

"Our politics may be under strain but there is so much that is good about this country. So much to be proud of. So much to be optimistic about," she said.

May said it has been “the honour of my life” to be the “second female prime minister, but certainly not the last.”

Her voice cracked as she said it has been an honour to have the opportunity to serve the country she loves.