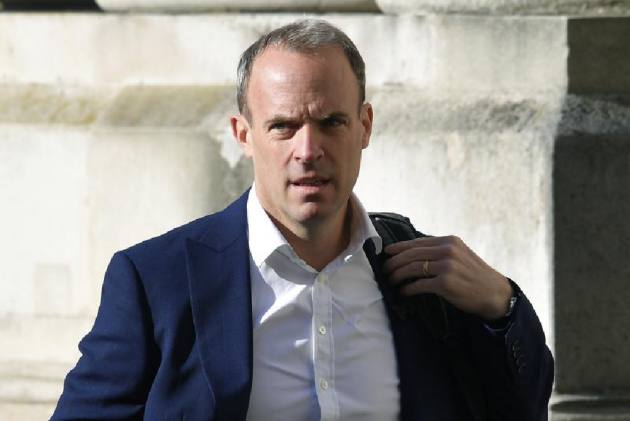 The UK launched negotiations Tuesday to join a trade partnership in and around the Pacific Ocean, as it explores new opportunities around the world following its departure from the European Union.

The British government said negotiating teams will be working over the coming months to join the 11-country Comprehensive and Progressive Agreement for Trans-Pacific Partnership, which is home to around half a billion people.

It says joining the free trade area would deepen ties with fast-growing economies across Asia-Pacific and the Americas, including Mexico, Malaysia, and Vietnam. It singled out digital, services, and finance as sectors that stand to gain from a trade deal, which it said should mean tariff-free trade for 99.9% of exports.

“Membership of the CPTTP free-trade partnership would open up unparalleled opportunities for British businesses and consumers in the fast-growing Indo-Pacific,” Prime Minister Boris Johnson said. “It's an exciting opportunity to build on this country's entrepreneurial spirit and free-trading history to bring economic benefits across the whole of the UK.”

The CPTTP is a much looser arrangement than the European Union, which the UK formally left last year, as it does not include any political integration. After the conclusion of a transition period that was intended to smooth the UK's departure, the country is now able to negotiate its own trade deals. Last week, the British government negotiated the broad outlines of a trade deal with Australia that will see tariffs on a range of goods eliminated over coming years.

The United States, the world's biggest economy, is not part of the partnership; former President Donald Trump withdrew the country from its predecessor, the Trans-Pacific Partnership. His successor, Joe Biden, has previously indicated that he would like to rejoin the grouping but has yet to set out any substantial plans since taking office in January.

China, the world's No. 2 economy, also does not belong.

The British government said CPTPP countries accounted for around 110 billion pounds ($153 billion) worth of U.K. trade in 2019. Though substantial, the amount is around six times less than the business the U.K. conducts with the EU.