UK To Reflect On Apology For Jallianwala Bagh Massacre

The UK plans to mark 100 years since the tragedy 'in the most appropriate and respectful way'. 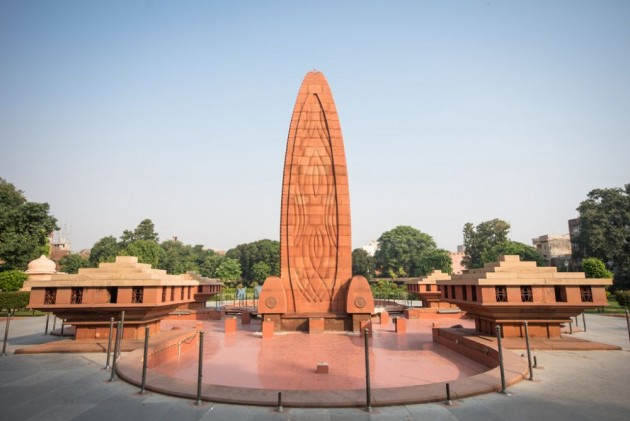 The UK government is "reflecting" on demands for a formal apology for the Jallianwala Bagh massacre in April 1919 during the British Raj, a minister told the House of Lords during a debate to mark the centenary of the attack.

During a debate titled 'Amritsar Massacre: Centenary' in the Upper House on Tuesday evening, Baroness Annabel Goldie also confirmed plans to mark 100 years since the tragedy "in the most appropriate and respectful way".

"The government at the time, as we know, roundly condemned the atrocity, but it is the case that no subsequent government have apologised," said Baroness Goldie, who holds the post of government whip and Baroness-in Waiting in the Lords.

"I understand that the reason is that governments have considered that history cannot be rewritten and it is important that we do not get trapped by the past," she said.

However, she made specific reference to oral evidence given by UK Foreign Secretary Jeremy Hunt to the Parliament’s Foreign Affairs Committee in October last year in reference to the centenary being an appropriate time for a formal apology.

She noted: "The Foreign Secretary responded by saying: 'That is a very profound thought; let me reflect on that, but I can understand why that could be a potentially very significant gesture'.

"The Foreign Secretary is currently doing that - reflecting on the situation - and I can say that the views expressed in this debate are certainly noted and will be conveyed back to the department."

Her response came at the end of interventions by a series of peers during the debate, called by Indian-origin peers Lords Raj Loomba and Meghnad Desai, who believe the April 2019 centenary was the right time to "make amends" and offer a formal apology for the atrocities to bring “closure”.

"It would be appreciated by the millions of South Asians living in the UK, as well as by the people of India," said Loomba, who has written to British Prime Minister Theresa May calling for an apology alongside Desai – both members of the Jallianwala Bagh Centenary Commemoration Committee.

Desai, during his intervention, focussed on how the House of Lords at the time had failed to condemn General Dyer's actions in Amritsar.

"The motion, that this House deplores the conduct of the case of General Dyer as unjust to that officer, and as establishing a precedent dangerous to the preservation of order in face of rebellion, which was passed in the end," Desai recalled.

"The view was taken that somehow injustice had been done to a brave officer who was putting down a rebellion," he noted.

Cobra Beer founder Lord Bilimoria reiterated calls for a formal government apology for the "murder" and Amritsar-born businesswoman, Baroness Sandy Verma, referenced her own personal connection with the city during the debate.

"This act of complete disregard - opening fire on innocent people who had no escape routes or an opportunity to voice their protests - is truly a black cloud in British history," she said.

Historical records note that Dyer had fired on a Baisakhi gathering on April 13, 1919, without warning and continued to fire for 10 minutes even as they were trying to escape, while he blocked the main exit with his soldiers and armoured vehicles.

The newly-formed Jallianwala Bagh Centenary Commemoration Committee, made up of several Indians and non-resident Indians (NRIs), is deliberating on plans to commemorate 100 years since the tragic event.