Despite facilitating heavy military build-up near the Ukrainian border, Moscow denies having any plans to attack Ukraine and accuses Kyiv of its own allegedly aggressive designs. 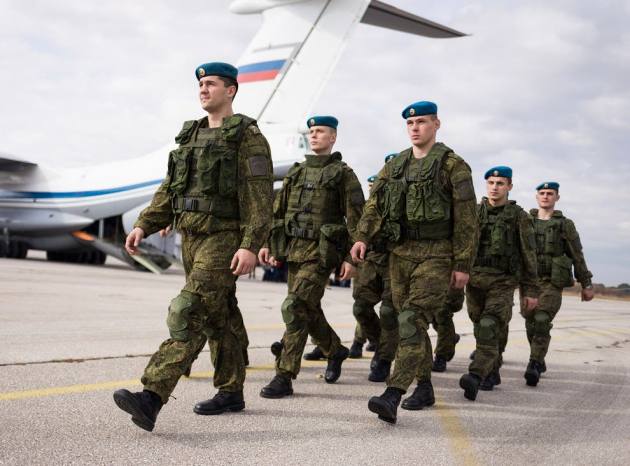 British Foreign Secretary Liz Truss said Sunday that “the world's largest economies are united” in warning Russia that an invasion of Ukraine would have “massive” — though largely undisclosed — consequences.

Russia's military build-up near the Ukrainian border has dominated talks among foreign ministers from the Group of Seven wealthy democracies in the English city of Liverpool.

The US and its NATO and G-7 allies worry that the movement of Russian troops and weapons to the border region could be precursor to an invasion, and have vowed to inflict heavy sanctions on Russia's economy if that happens.

Moscow denies having any plans to attack Ukraine and accuses Kyiv of its own allegedly aggressive designs.

Truss, who discussed the crisis with US Secretary of State Antony Blinken and other G-7 diplomats, said the group was sending a “powerful signal to our adversaries and our allies.”

“We've been clear that any incursion by Russia into Ukraine would have massive consequences for which there would be a severe cost,” she said at a news conference on the final day of the weekend meeting.

Top diplomats from the G-7 nations — the UK, the United States, Canada, France, Germany, Italy and Japan — are likely to deliver a stern warning to Moscow as part of their conclusions to the conference later Sunday. It's less clear how much detail they will give about the measures they might take.

When it comes to economic sanctions, Truss said the G-7 was “considering all options.”

A senior US official who participated in the G-7 discussions said the ministers were united in their “extreme concern” about developments on the Russia-Ukraine border and agreed on the need for strong measures that could be implemented “very, very fast” if Russia did not heed warnings to back down.

The US and its allies have played down talk of a military response to defend Ukraine, with efforts focusing on tough sanctions that would hit the Russian economy, rather than just individuals.

In the US, reporters asked President Joe Biden on Saturday about the possibility of sending combat troops to Ukraine, and he said that idea was never considered. “Are you ready to send American troops into war and go into Ukraine to fight Russians on the battlefield?” he said.

Biden said he has made it clear to Putin that in the event of an invasion, “the economic consequences for his economy are going to be devastating. Devastating.”

China's muscle-flexing in the Indo-Pacific region and the ailing Iran nuclear deal were also on the agenda for the weekend meeting at the dockside Museum of Liverpool.

Getting a unified response from the G-7, a group of countries with disparate interests, has often proved tough.

Germany plans on getting gas from Russia soon through the contentious Nord Stream 2 pipeline, which bypasses Ukraine. Britain, which is not dependent on Russian gas, generally takes a tougher line on the pipeline — but faces tough questions about London's financial district and property market, both hubs for Russian money.

UK bank and financial authorities have long been criticised for allegedly turning a blind eye to ill-gotten gains, but Truss insisted Britain has “very strong anti-corruption and anti-money laundering rules.”

G-7 nations are also increasingly concerned about China's growing economic and technological dominance, especially in developing countries. The G-7 has launched a “Build Back Better World” initiative to offer developing nations funding for big infrastructure projects as an alternative to money from China that, the West argues, often comes with strings attached.

Truss said the G-7 was “concerned about the coercive economic policies of China.”“And what we want to do is build the investment, reach the economic trade reach of like-minded, freedom loving democracies,” she said. “That is why we are stepping up our investment into low- and middle-income countries.”

A unified stance towards China continues to prove elusive, however, with the US and Britain generally more hawkish than other G-7 members.