The council adopted the resolution, which also extends targeted sanctions on individuals and companies, by a vote of 14-0 with China abstaining 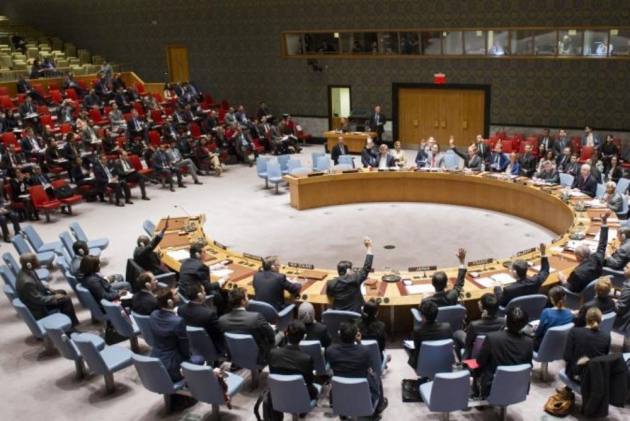 The UN Security Council extended the arms embargo against the Central African Republic for a year on Thursday despite an appeal from China to lift it, saying the government hasn't met UN benchmarks including ensuring the protection and control of all weapons.

The council adopted the resolution, which also extends targeted sanctions on individuals and companies, by a vote of 14-0 with China abstaining.

US deputy ambassador Richard Mills welcomed the renewal of the arms embargo, travel bans and asset freezes, calling the measures “critical to promoting peace and security” in the Central African Republic. He stressed that “there is no military solution to the crisis” in the country, known as CAR.

A peace deal between the government and 14 rebel groups was signed in February 2019. But after the constitutional court rejected Bozize's candidacy to run for president in December, rebels linked to him tried to prevent the elections and then attempted to seize power from President Faustin Archange Touadera who won a second term.

France's UN Ambassador Nicolas De Riviere, whose country sponsored the resolution, told reporters after the vote it is “particularly important in the deteriorating context of the Central African Republic, with a very worrying amount of violence and violations of human rights and international humanitarian law.”

“The spread of arms is clearly part of the problem and their control remains a major issue for the security of the country,” he said.

When the council imposed the arms embargo on CAR in December 2013, he said, the intention was to help restore order.

But “in reality, the arms embargo has become an obstacle that hampers the CAR government's efforts to strengthen its security capabilities," Dai said.

The resolution notes that CAR authorities, the International Conference on the Great Lakes Region, and the Economic Community of Central African States also supported lifting the arms embargo.

It also noted that the Security Council committee monitoring sanctions against CAR has approved all exemptions from the arms embargo requested by CAR authorities -- a point stressed by France's De Riviere who said these exemptions are important to equip and train their army.

“The ultimate goal is indeed to lift the embargo for the Central African forces: that is why the Council has set up benchmarks to accompany the CAR's progress,” he said.

Russia's deputy UN ambassador Dmitry Polyansky urged CAR to meet the benchmarks so the council could consider lifting the arms embargo next year.

China's Dai reiterated “that the council should fully lift the sanctions against the CAR at an early date in light of changes in the situation.”

Last month, the panel accused Russian military instructors and the CAR forces they are supporting of “excessive use of force, indiscriminate killings, the occupation of schools and looting on a large scale” -- allegations Moscow strongly rejected.

In a 40-page report obtained by The Associated Press, the panel said it collected “testimonies” from a large number of local officials, government military and internal security forces, and community-level sources in multiple locations in the country who reported “the active participation of Russian instructors in combat operations on the ground.”

The panel said many of the officials and other sources reported that Russian instructors “often led rather than followed” CAR troops as they advanced on different towns and villages in a counter-offensive against rebels linked to Bozize.