According to the US Federal Aviation Administration, there are 387 Boeing 737 Max 8 jets in operation at 59 airlines worldwide, 74 of which are registered in the US. 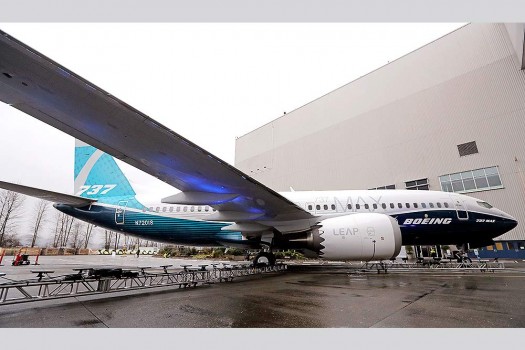 The UN has instructed its personnel not to fly on Boeing 737 Max 8 after an Ethiopian Airlines flight of the same model crashed, killing all 157 people on board earlier this week, a UN spokesperson said.

"Instructions have gone out to all our travel bureaus not to book any UN personnel on the type of aircraft that crashed in Ethiopia," UN spokesperson Stephane Dujarric said at a press briefing on Thursday.

He added the move is a standard safety procedure and follows the decisions taken by civil aviation authorities in many countries in the world, Xinhua news agency reported.

On Sunday, a Boeing 737 Max 8 aircraft of Ethiopian Airlines crashed shortly after taking off from Addis Ababa. All 157 people on board were killed in the crash, including 21 UN personnel.

Another Boeing 737 Max 8 aircraft crashed in Indonesia in October, killing all 189 people on board.

Following the second crash of the same model in less than five months, safety concerns mounted around the globe as the 737 Max is Boeing's most important aircraft type, generating about one third of the company's operating profit.

According to the US Federal Aviation Administration, there are 387 Boeing 737 Max 8 jets in operation at 59 airlines worldwide, 74 of which are registered in the US.

China was the first country in the world to suspend all Boeing 737 Max 8 airplanes and over 40 countries including Singapore, Australia, and the European Union, Canada, and the US followed suit. In addition, some countries have closed their airspace to the plane.