This is the second time UNSC has convened a meeting within a week. 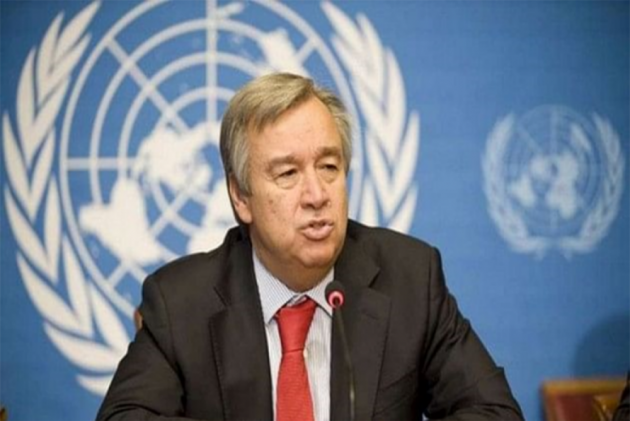 As Taliban comes to power in Afghanistan, the UN Security Council under India’s current Presidency will hold an emergency meeting on the situation in the country Afghanistan on Monday.

This is the second meeting of the council within a week.

With Taliban Victory, There Is Unlikely Transformation of Afghanistan’s Illicit Drug Economy

UN #SecurityCouncil to meet on Afghanistan

India assumed the Presidency of the UN Security Council for the month on August 1 and wrapped up a hectic first week with discussions on Afghanistan on August 6 amidst a deteriorating security situation in the country as the Taliban carried out its military offensive.

The UNSC meeting on Afghanistan came as the talks between the Afghan government and the Taliban in Doha are stalled and just days before the extended Troika meeting scheduled to be held in Qatar on August 11.

As the situation deteriorates in Afghanistan, UN Secretary-General Antonio Guterres has called on the Taliban and all other parties to exercise utmost restraint.

Guterres is “following with deep concern” the rapidly evolving situation in Afghanistan and urged the Taliban and all other parties to exercise utmost restraint in order to protect lives and ensure that humanitarian needs can be addressed, a statement issued here has said.

The UN chief will address the Security Council's open meeting on Afghanistan on Monday morning. Under India's current presidency, the Council has discussed the situation in Afghanistan.

“Conflict is forcing hundreds of thousands to flee their homes. There continue to be reports of serious human rights abuses and violations in the communities most affected by the fighting,” the statement said.

It said Guterres was “particularly concerned about the future of women and girls, whose hard-won rights must be protected."

“All abuses must stop. He calls on the Taliban and all other parties to ensure that international humanitarian law and the rights and freedoms of all people are respected and protected,” it said.

The UN chief said the need for assistance is surging while the operating environment becomes more restricted due to the escalation of the conflict.

"The Secretary-General calls on all parties to ensure that humanitarian actors have unimpeded access to deliver timely and life-saving services and assistance," the statement said.

“The United Nations remains determined to contribute to a peaceful settlement, promote the human rights of all Afghans, notably women and girls, and provide life-saving humanitarian assistance and critical support to civilians in need,” it said. (With PTI inputs)