Jair Bolsonaro said he had wanted to go to a Brazilian championship match in the city of Santos, but did not because he is not vaccinated. 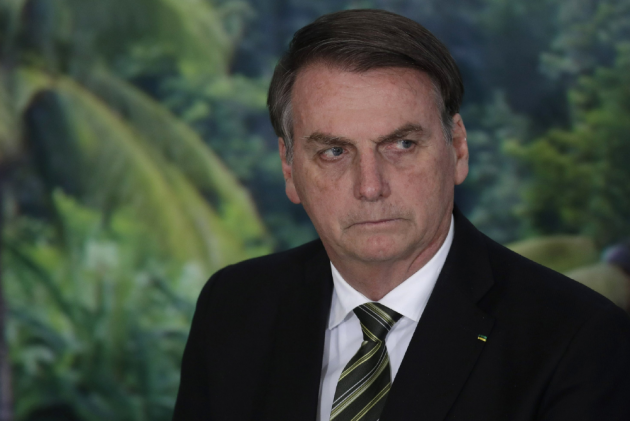 Brazil's president claimed that COVID-19 protocols at soccer matches had prevented him from attending a game.

Jair Bolsonaro said he had wanted to go to a Brazilian championship match in the city of Santos, but did not because he is not vaccinated.

“Why a vaccine passport? I wanted to watch Santos now and they said I needed to be vaccinated. Why should that be?” Bolsonaro told journalists near Santos.

Bolsonaro is currently under a Senate investigation for his handling of the pandemic. Brazil has surpassed 600,000 confirmed COVID-19 deaths, according to health ministry data.

Santos said Bolsonaro had not asked to attend the match, which saw Santos beat Gremio 1-0 at the Vila Belmiro Stadium.

Authorities this week allowed clubs to fill 30 per cent of available seats in Brazilian championship games.

The protocol agreed by the Brazilian soccer confederation says all people inside stadiums must be vaccinated and recently tested.