President Donald Trump has refused to concede the election and has asked Pence to return the election results to the states. 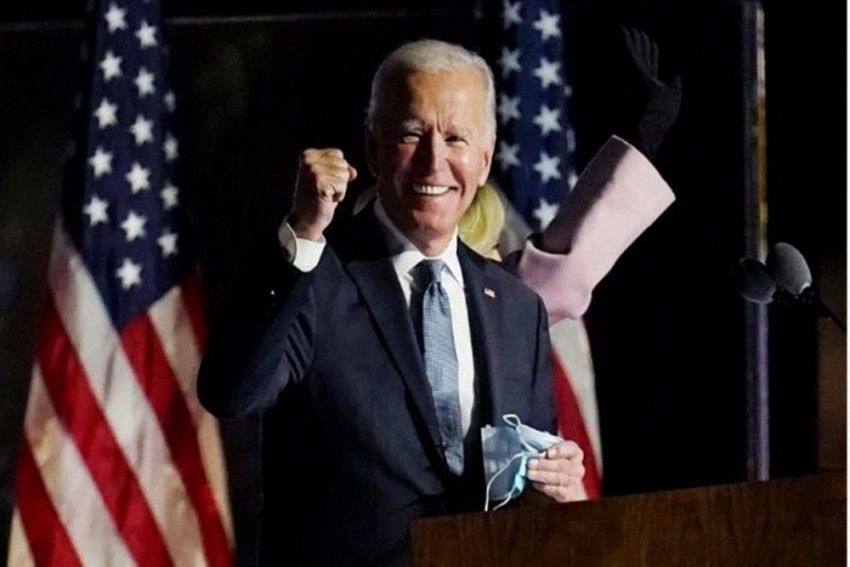 A Joint Session of the US Congress on Thursday formally certified the Electoral College victory of Joe Biden as the next US President and Kamala Harris as the Vice President in the November 3 election.

The formal certification by the Joint Session came in the wee hours of Thursday. The Joint Session resumed its meeting late Wednesday night after it was disrupted by hundreds of supporters of incumbent President Donald Trump who violently stormed the Capitol Hill.

Commenting on the certification, Trump said the decision "represents the end of the greatest first term in presidential history."

He, however, said there will be an "orderly" transfer of power to Biden on January 20.

"Even though I totally disagree with the outcome of the election, and the facts bear me out, nevertheless there will be an orderly transition on January 20th," Trump said in a statement.

"It's only the beginning of our fight to Make America Great Again," Trump said while repeating false claims about the election fraud.

Biden, 78, and Harris, 56, are scheduled to be sworn in as the President and Vice President of the country on January 20. The inauguration is going to be a low-key affair given the COVID-19 pandemic.

The counting of Electoral College votes and its subsequent certification came after an ugly episode of violence inside the US Capitol, resulting in four deaths, wherein Capitol Hill was brought under a lockdown, with lawmakers being taken to safe places, shots were fired inside the Congress and tear gas was used. Former US President, Barack Obama, described it as a moment of great dishonor and shame for the United States.

Biden, a Democrat, described the riots in the US Capitol as an "unprecedented assault" on American democracy, and has his task cut out to spend the next four years on his administration to heal and unite a deeply polarised country after the fiercely-fought election.

Presidential elections were held on November 3. Biden and Harris won a record number of popular votes, more than 80 millions and earned as many as 306 Electoral College votes.

Trump, a Republican who has been making unsubstantiated allegations of voter fraud, has lost several dozen court cases. On the eve of the meeting of the Joint Session of the Congress, Trump pressurised his Vice President Mike Pence to overturn the results, which he refused.

Trump fired back by accusing that Pence lacked courage. Addressing thousands of his supporters in the White House he urged his followers to march to the US Capitol. Hundreds of his supporters turned violent. As they reached the Capitol, they took law into their hands, breached the security and disrupted the constitutional process.

The Joint Session of the Congress resumed the meeting late Wednesday night which continued till in the wee hours of Thursday wherein the lawmakers across the political aisle united to ensure that the votes are counted and certified. Even then they let the objections of two States – Arizona and Pennsylvania – for the two hours debate each followed by votes.

The Senate voted 93-6 to reject the objection to Arizona's election results, while the House of Representatives rejected it by 303-121 votes.

The Senate voted 92-7 to reject the objection to Pennsylvania's election results, while the House also rejected the objection by 282-138.

Pence, who had remained loyal to the President during the four years of his presidency but had the courage of defy his boss on Wednesday, said that the violence never wins. Freedom wins.