Also, Mattis said in his resignation letter that he believes the US must be resolute in its approach to countries whose strategic interests are increasingly in tension with America's. 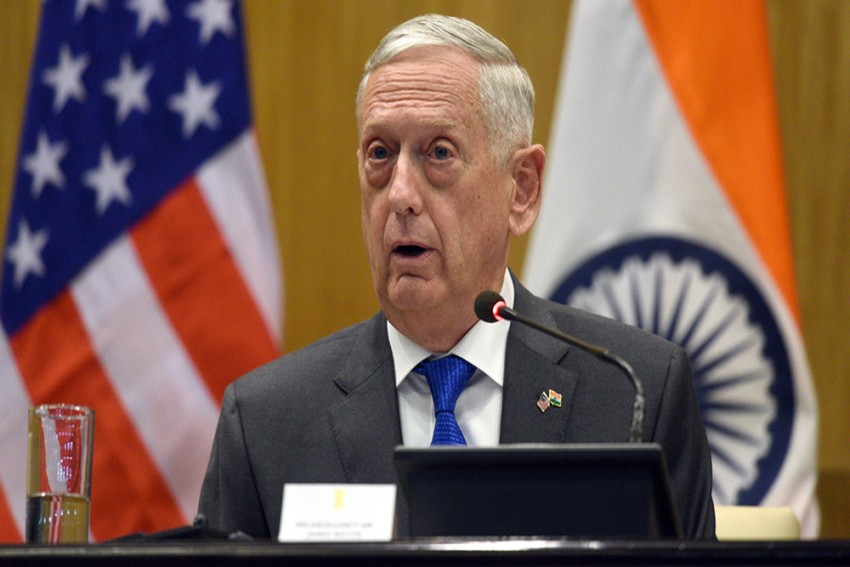 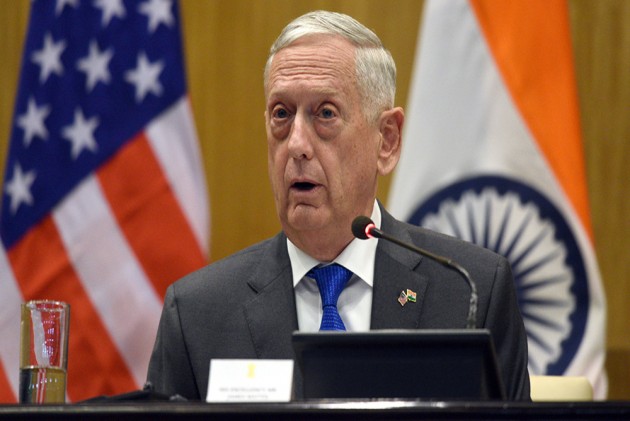 US Defence Secretary Jim Mattis will be "retiring, with distinction," in February, President Donald Trump has said, a day after he ordered American troops to rapidly withdraw from war-torn Syria in an abrupt decision criticised by many as premature.

In his resignation letter sent on Thursday, Mattis told Trump it was the "right time" for him to step down because the US president deserved a defence secretary "whose views are better aligned with yours on these and other subjects."

"The end date for my tenure is February 28, 2019, a date that should allow sufficient time for a successor to be nominated and confirmed as well as to make sure the Department's interests are properly articulated and protected at upcoming events to include Congressional posture hearings and the NATO Defense Ministerial meeting in February," he said.

The 68-year-old Pentagon chief did not mention if he was resigning specifically over the troop withdrawal decision, which has surprised US allies and several lawmakers.

Analysts say the withdrawal of troops will please US enemies by clearing the way for Syria's Bashar al-Assad regime, Russia and Iran. Mattis had warned that removing ground forces from the Middle Eastern country would be a "strategic blunder".

After Mattis sent his resignation, Trump announced he will be "retiring" in February.

"General Jim Mattis will be retiring, with distinction, at the end of February, after having served my administration as secretary of defense for the past two years," the president said.

"During Jim's tenure, tremendous progress has been made, especially with respect to the purchase of new fighting...," he said on Twitter.

Mattis has been a great advocate of India-US defence relationship.

Earlier this month, he had hosted Defence Minister Nirmala Sitharaman at the Pentagon for talks on India-US Defence relationship. "The US-India relationship is a natural partnership between the world's oldest and the world's largest democracy," Mattis had said then.

Mattis and Trump reportedly have had differences on several foreign policy matters, including Syria and Afghanistan. Reports say the president is considering a drawdown of US troops from the 17-year-long conflict in Afghanistan.

Mattis is the latest in long-list of senior Trump administration officials to leave or be removed. In March, Trump fired Secretary of State Rex Tillerson in a Twitter announcement.

On Thursday however, Trump praised Mattis for his service and for being a "great help" to him in getting allies and other countries "to pay their share of military obligations".

He said a new secretary of defence will be named shortly.

A day before, Trump had claimed that the US has "defeated" the Islamic State terrorist group in Syria. The White House afterwards insisted that the main objective of American forces in the war-torn country was to destroy the ISIS and not to resolve the country's civil war.

But analysts and US lawmakers were far from convinced about the hasty decision, which was also a reversal of the stated US policy. It has attracted criticism from leaders of Trump's own Republican party, who have argued that the decision would endanger American national security in the long run.

Republican Senator Marco Rubio said the full and rapid withdrawal of US troops from Syria is a grave error with broader implications beyond just the fight against the ISIS group.

Currently, there are about 2,000 US forces in Syria.

Also, Mattis said in his resignation letter that he believes the US must be resolute in its approach to countries whose strategic interests are increasingly in tension with America's.

"My views on treating allies with respect and also being clear-eyed about both malign actors and strategic competitors are strongly held and informed by over four decades of immersion in these issues," he stressed.

"We must do everything possible to advance an international order that is most conducive to our security, prosperity and values, and we are strengthened in this effort by the solidarity of our alliances," he added.

Defending his decision on Thursday to withdraw US troops from Syria, Trump tweeted that the US does not want to be the "policeman" of the Middle East. In his resignation letter, Mattis said, "Like you, I have said from the beginning that the armed forces of the United States should not be the policeman of the world.

"Instead, we must use all tools of American power to provide for the common defense, including providing effective leadership to our alliances."