A US envoy said North Korea's recent weapon tests were "concerning and counterproductive." Last week, the isolated nation carried out tests of a new type of ballistic missile launched from submarines. 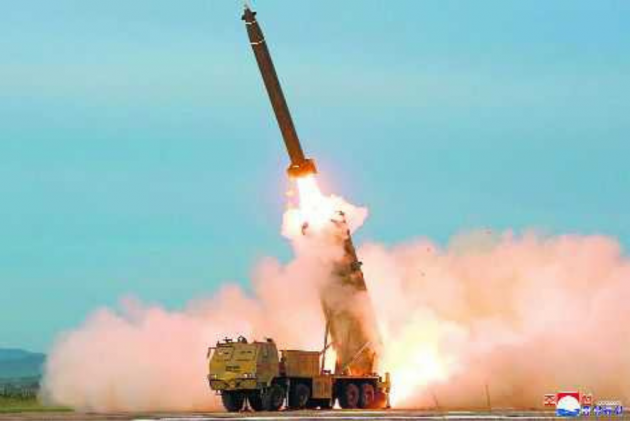 The United States on Sunday urged North Korea to stop its "concerning and counterproductive" missile tests, and engage in peace talks.

"Our goal remains the complete denuclearization of the Korean Peninsula," Sung Kim, the US special representative on North Korea, told reporters.

"That's why Pyongyang's recent ballistic missile test, one of several in the past six weeks, is concerning and counterproductive to making progress toward lasting peace on the Korean Peninsula," he added.

US open to talks

Last week, North Korea tested its newly developed submarine ballistic missile in its fifth round of weapon tests. South Korean officials said the weapon appears to be in early development stages. Missiles fired from submarines are harder to detect in advance.

"We remain ready to meet with the DPRK without preconditions and we have made clear that the United States harbors no hostile intent towards the DPRK," said Kim, referring to North Korea by its official name, the Democratic People's Republic of Korea.

The Biden administration has repeatedly said it is open to talks with North Korea. However, North Korea has slammed the US for its hostile policies, sanctions and regular military drills carried out with South Korea.

North Korean leader Kim Jong Un has blamed US policies toward the isolated nation, and dismissed Washington's claims that it does not have hostile intentions. He met three times with former US President Donald Trump, but their talks failed to reach an agreement.