The FAA has notified other global civil aviation authorities that it may soon share safety information concerning Boeing's 737 MAX 8 and that if they identify an issue that affects safety, the FAA will take immediate and appropriate action. 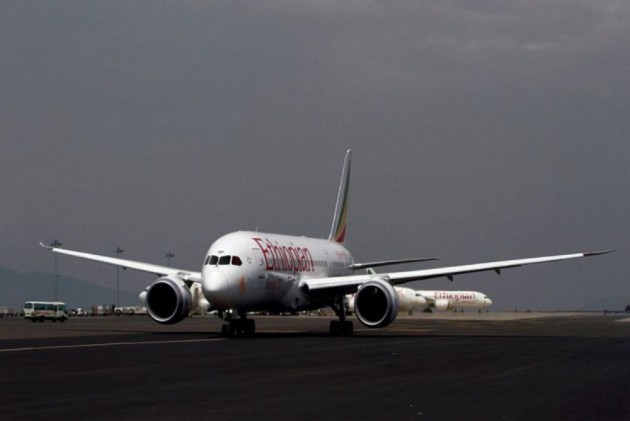 US federal aviation authorities said Monday they will order Boeing to modify its 737 MAX 8 aircraft, including anti-stalling software and maneuvering system updates, after two of the planes crashed in five months.

The Federal Aviation Administration told international civil aviation authorities that it "anticipates mandating these design changes... no later than April," although it did not ground the fleet.

Boeing is also set to update its training requirements and flight crew manuals to reflect the changes.

"The FAA continuously assesses and oversees the safety performance of US commercial aircraft," it said earlier.

"If we identify an issue that affects safety, the FAA will take immediate and appropriate action." The FAA has notified other global civil aviation authorities that it may soon share safety information concerning Boeing's 737 MAX 8, the statement said.

One of the aircraft, operating as Ethiopian Airlines Flight ET302, crashed Sunday southeast of Addis Ababa shortly after takeoff, killing all 157 passengers and crew members aboard.

The same model -- a more fuel-efficient version of the 737 -- crashed in late October in Indonesia during a flight operated by Lion Air, leaving 189 people dead, also just moments after takeoff.

It is especially rare that a new aircraft model is involved in two deadly incidents over such a short period of times.

An FAA team is currently in Ethiopia participating in a probe into the latest crash with investigators from the US National Transportation Safety Board.

The cause of the crash remains unknown, but the airline says investigators have recovered the black box flight recorders from the Nairobi-bound jet.