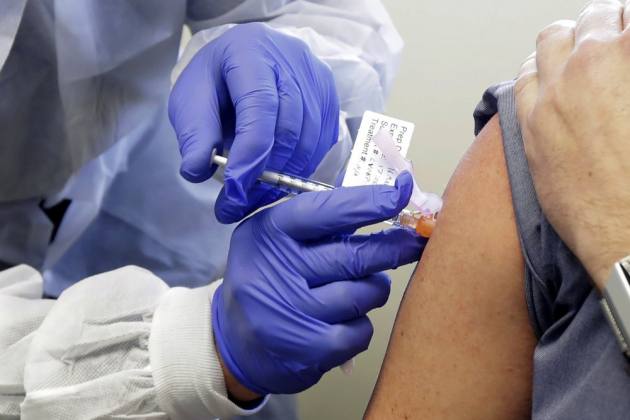 The US government has launched a mass COVID-19 vaccination site for arriving Afghans near Dulles International Airport, where thousands fleeing the Taliban are now arriving daily, a senior administration official said Friday.

The official, who was not authorised to comment publicly and spoke on the condition of anonymity, said that a second mass vaccination site is expected to be launched in the coming days for evacuees who will be arriving at the Philadelphia International Airport.

The White House announced earlier this week that it was working to provide vaccinations to medically-eligible evacuees upon arrival in the US.

Biden administration officials were intent on making sure that evacuees are vaccinated as soon as possible after arriving in the country and decided setting up a vaccination site at Dulles Expo Center — where many of the arriving evacuees are receiving medical screenings and being temporarily housed before being transferred to military bases in New Jersey, Virginia, Wisconsin, and Texas — was the most efficient way.

The shots — the single dose Johnson & Johnson vaccine — are being administered by the National Disaster Medical System team, and State Department translators are on hand at the site to answer questions about the shots.

Evacuees are also tested for the virus upon arrival and quarantined if they test positive. The official said data was not available on how many of the evacuees, many who were tested prior to leaving Kabul, have tested positive for the virus since arriving in the U.S.

A tiny percentage of Afghanistan's 40 million people have been vaccinated for the virus. As of Aug. 20, about 1.2 million doses had been administered in Afghanistan, according to the World Health Organization.