US Has Failed To Handle Pakistan's Support For Taliban: US Senator Jack Reed

In the Congressional hearing on Afghanistan, US Senator Jack Reed said that path that led to this moment was paved with years of mistakes from US's catastrophic pivot to Iraq, failure to handle Pakistan's support for the Taliban, and flawed Doha agreement. 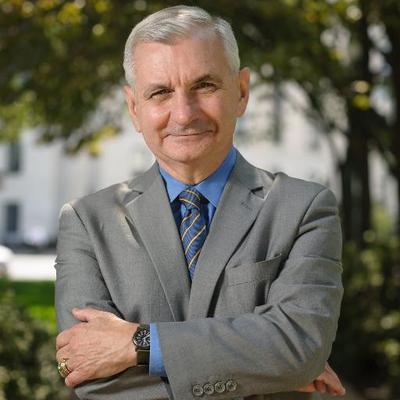 The United States failed to handle Pakistan's support for the Taliban, a top lawmaker said on Tuesday and called it one of the major reasons behind “American failure” in Afghanistan.

“The withdrawal of US troops this summer and the events surrounding it did not happen in a vacuum. The path that led to this moment was paved with years of mistakes from our catastrophic pivot to Iraq, failure to handle Pakistan's support for the Taliban, and flawed Doha agreement signed by former president Donald Trump,” Senator Jack Reed said during a Congressional hearing on Afghanistan.

“And we are at the mercy of the Pakistan government to get into Afghanistan airspace. Even if we get there, we cannot strike Al-Qaeda in Afghanistan because we are worried about what the Taliban will do to the Americans still there,” he said.

“The administration needs to be honest. Because of President Joe Biden’s disastrous decision, the terrorist threat to American families is rising significantly, while our ability to deal with these threats has been decimated,” he added.

Senator Deb Fischer, a senior member of the Senate Armed Services Committee, said, “You are negotiating to try to get these bases to be able to use their installations. Because Afghanistan is a land-locked country, and when we have explanations from the military and they give examples for over-the-horizon, and use countries like Yemen, Libya and Somalia, that does not take into consideration that Afghanistan is landlocked, and we have to depend on Pakistan to give us airspace to get there.”

During the hearing, Senator Reed maintained that throughout the war, the United States was unsuccessful in dealing with Pakistan supporting the Taliban, even as American diplomats sat down with Pakistani leaders, and its forces cooperated on counterterrorism missions.

“The Taliban enjoyed sanctuary inside Pakistan with time and space to regroup. More recently, the Taliban's resurgence can be tied to the Doha Agreement, which then president Trump signed in 2020,” he said.

“This deal negotiated between the former Trump administration and the Taliban, without our coalition allies or even the Afghan government present, promised the end of the entire international presence in Afghanistan, including contractors critical to keeping the Afghan Air Force in the fight with virtually no stipulations,” Reed said.

The senator added that the Taliban with momentum on the battlefield and no incentives, under the Doha Agreement, used a final year of the Trump administration to boldly escalate violence to begin its fateful march toward Kabul.

“Despite colossal efforts over multiple administrations, both Democratic and Republican, we were unable to help build an Afghan government capable of leading its people nor an Afghan security force capable of defeating the Taliban,” he told his colleagues during the Senatorial hearing.

Senator Inhofe added that the US now has no reliable partners on the ground in Afghanistan.