The subpoenas are part of the panel's efforts to collect information from the organizers “and their associated entities on the planning, organization, and funding of those events. 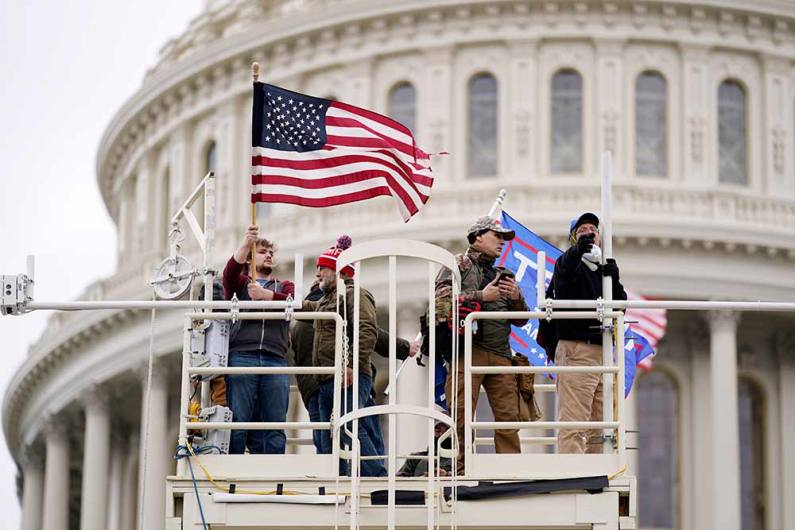 A House committee investigating the Jan. 6 Capitol insurrection has subpoenaed 11 officials who were involved in planning rallies in support of former President Donald Trump ahead of the violent attack, including one the day of the siege at which the president told his supporters to “fight like hell.”

The announcement follows a first round of subpoenas last week that targeted former White House and administration officials who were in contact with Trump before and during the insurrection.

The committee said in a release Wednesday that the subpoenas are part of the panel's efforts to collect information from the organizers “and their associated entities on the planning, organization, and funding of those events.” Mississippi Rep. Bennie Thompson, the chairman of the committee, said “the inquiry includes examination of how various individuals and entities coordinated their activities leading up to the events of January 6.”

US Capitol Hill Rioters Being Dubbed As 'Patriots' By Trump Supporters

The letters from Thompson cite efforts by representatives of the group Women for America First to organize the rally on Jan. 6 and to collectively communicate with senior White House officials. The subpoenas also mention other events the group planned in the weeks between Trump's November election defeat and the January attack.

Among those from whom the committee is seeking information is Caroline Wren, a veteran GOP fundraiser who was named as a “VIP Advisor” on an attachment to the permit that Women for America First submitted. During the campaign, she was a national finance consultant for Trump Victory, a joint fundraising committee between the president's reelection campaign and the Republican National Committee.

The AP has previously reported that Wren was involved in at least one call before the pro-Trump rally with members of several groups listed as rally participants to organize credentials for VIP attendees.

The panel has ramped up its investigation in recent weeks as it attempts to dissect the origins of the insurrection by Trump's supporters and find ways to prevent it from ever happening again.

The Trump loyalists beat and injured police as they battled their way inside the building, destroyed property and sent lawmakers running for their lives. Repeating Trump's lies about widespread election fraud, they interrupted the certification of President Joe Biden's victory and left the U.S. Capitol deeply shaken.