Singers and instrument players from the band of United States Navy can be seen dressed in their official uniforms while playing the Indian patriotic song. 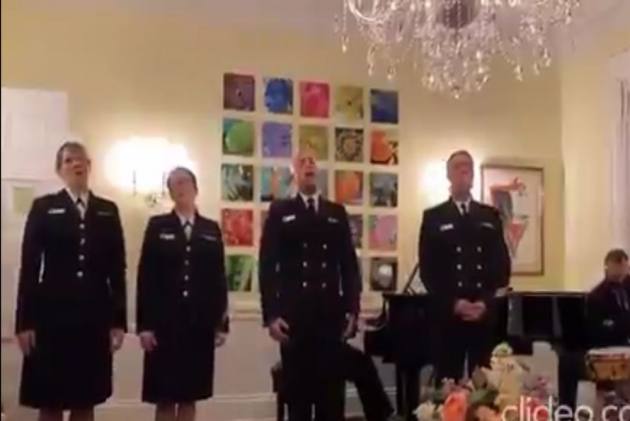 Members of the United States Navy sang a popular song by A.R. Rahman during a dinner meeting between Indian Ambassador Taranjit Singh Sandhu and US Chief of Naval Operations Micheal M Gilday.

In a video shared by Sandhu on Twitter, Navy officers can be seen singing lines from 'Yeh Jo Desh Hai Tera' from the 2004 Bollywood movie 'Swades'. Captioning the video, Sandhu wrote, "This is a friendship bond that cannot be broken ever.

The video has gone viral on Twitter with nearly 2,30,000 views and 17,300 likes. The video was reshared by the US Navy Band on their official Twitter handle.

Singers and instrument players from the band of United States Navy can be seen dressed in their official uniforms while playing the Indian patriotic song.

In another tweet preceding the video, Sandhu thanked Admiral Gilday for hosting a wonderful evening, adding that he looked forward to working together to further deepen the India-US partnership.