Biden, as the chairman of the Senate Foreign Relations Committee, wrote a letter to the then President Bush for the removal of sanctions against India. 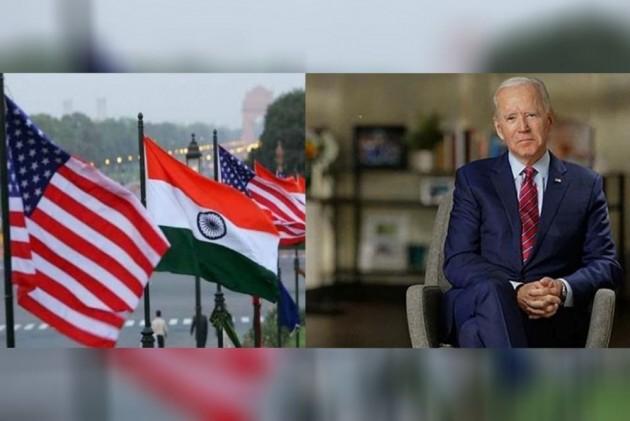 A strong proponent of closer India-US ties since his days as a senator in the 1970s, US President-elect Joe Biden had played a key role in getting the approval of the Senate for the civil nuclear deal between the two countries in 2008 and even co-sponsored several legislations on countering terrorism.

In August 2001, Biden, as the chairman of the Senate Foreign Relations Committee, wrote a letter to the then President George W Bush calling for the removal of sanctions against India.

In the midst of hectic negotiations between the two countries to conclude the civil nuclear deal, Biden was a critical ally for India in the Senate

The deal had laid a strong foundation for the deepening of ties between the two leading democracies.

"Biden was Vice President under President Barack Obama and he was very much part of the development of the relationship. The Indo-Pacific partnership took off under Obama," said noted strategic affairs expert P S Raghavan.

Prime Minister Narendra Modi, in a congratulatory tweet on Saturday night, mentioned Biden's "critical and invaluable" contribution in strengthening the Indo-US relations during his tenure as Vice President and said he was looking forward to working closely together once again to take ties to greater heights.

As Vice President, Biden visited India in July 2013 on a four-day trip. He called on the then President Pranab Mukherjee, met the then Vice President Hamid Ansari and visited Gandhi Smriti Museum in Delhi.

He also visited Mumbai where he met a group of business leaders at a round table and delivered a policy speech at the Bombay Stock Exchange.

During Prime Minister Modi's visit to the US in September 2014, Vice President Biden hosted lunch for him.

The strategic and defence ties between India and the US witnessed major expansion during Barack Obama's presidency and Biden had played a key role in it.

It was the Obama administration in 2016 which designated India as a “Major Defense Partner” of the US intending to elevate defence trade and technology sharing to a level commensurate with that of its closest allies and partners.

The Obama administration had supported India’s claim to permanent membership of the UN Security Council and significantly boosted cooperation with India to fight terrorism.

In his campaign documents, Biden spoke about his vision for the US-India partnership as well as on standing with India in facing threats in the region.

"I see continuity and absolutely no hiccups along the way. There will definitely be a change in nuance in the approach. There was a great deal of emphasis on the strategic dimension of the relations under President Donald Trump that will continue under Biden," said Raghavan.

The ties between India and the US have witnessed a major expansion in the last few years.

The nearly four-million-strong Indian diaspora in the US has played an important role in this regard.

The US is India's largest trading partner, with a combined value of trade in goods and services at USD 149 billion in 2019.

The bilateral Strategic Energy Partnership (SEP) has also witnessed increasing diversification across both conventional and renewable energy sources. With India importing crude and LNG from the US in recent years, the US has emerged as a key partner for India's energy security.

The two countries elevated the ties to a Comprehensive Global Strategic Partnership in February 2020.

In the defence and strategic sphere, their cooperation has witnessed significant expansion.

The two countries inked the Logistics Exchange Memorandum of Agreement (LEMOA) in 2016 that allows their militaries to use each other's bases for repair and replenishment of supplies as well as provide for deeper cooperation.

The two countries signed another pact called COMCASA (Communications Compatibility and Security Agreement) in 2018 that provides for interoperability between the two militaries and provides for the sale of high-end technology from the US to India.

Last month, both sides inked the Basic Exchange and Cooperation Agreement (BECA) that provides for the sharing of high-end military technology, geospatial maps and classified satellite data between their militaries.