Home  »  Website  »  International  »  US Presidential Debate: ‘Will You Shut Up, Man?’, Biden Snaps At Trump

US Presidential Debate: ‘Will You Shut Up, Man?’, Biden Snaps At Trump

Donald Trump and Joe Biden arrived in Cleveland hoping the debate would energize their bases of support, even as they competed for the slim slice of undecided voters who could decide the election. 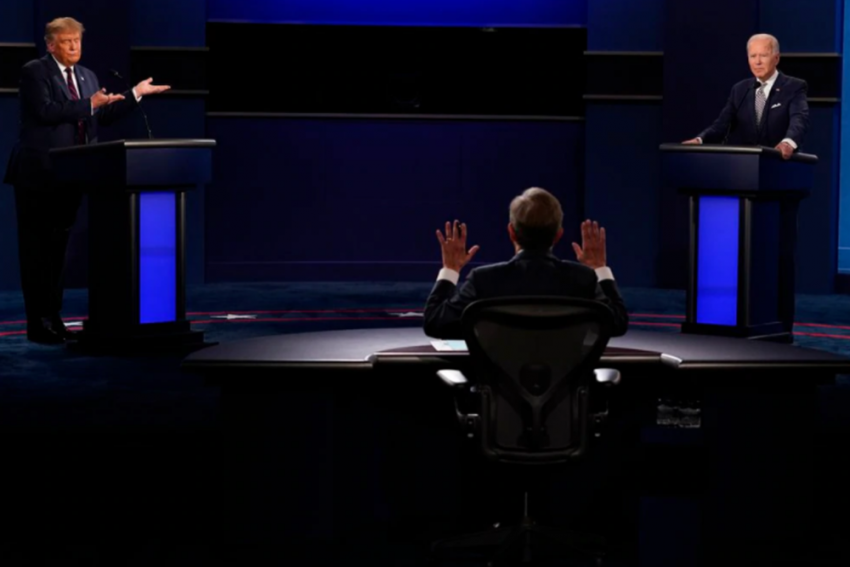 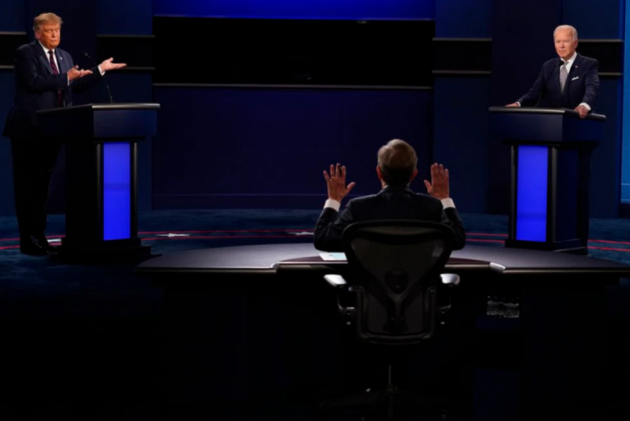 President Donald Trump and Democratic challenger Joe Biden began the first presidential debate with heated exchanges over health care, the coronavirus and the future of the Supreme Court.

Fitting for an edge in their bitter campaign, the two men frequently interrupted each other with angry interjections, with Biden eventually snapping at Trump “Will you shut up, man?” That was after the president badgered him over his refusal to comment on whether he would try to expand the Supreme Court in retaliation if Trump's high court pick, Amy Coney Barrett, was confirmed to replace the late Justice Ruth Bader Ginsburg.

“The fact is that everything he's said so far is simply a lie,” Biden said.

“I'm not here to call out his lies. Everybody knows he's a liar.” Trump struggled to define his ideas for replacing the Affordable Care Act on health care in the debate's early moments and defended his nomination of Barrett, declaring that “I was not elected for three years, I'm elected for four years.”

“We won the election. Elections have consequences. We have the Senate. We have the White House and we have a phenomenal nominee, respected by all.”

Trump and Biden arrived in Cleveland hoping the debate would energize their bases of support, even as they competed for the slim slice of undecided voters who could decide the election.

It has been generations since two men asked to lead a nation facing such tumult, with Americans both fearful and impatient about the coronavirus pandemic that has killed more than 200,000 of their fellow citizens and cost millions of jobs.

The pandemic's effects were in plain sight, with the candidates' lecterns spaced far apart, all of the guests in the small crowd tested and the traditional opening handshake scrapped. The men did not shake hands and, while neither candidate wore a mask to take the stage, their families did sport face coverings.

“How you doin', man?" Biden asked the president as they entered.

With just 35 days until the election, and early voting already underway in some states, Biden stepped onto the stage holding leads in the polls — significant in national surveys, close in some battleground states — and looking to expand his support among suburban voters, women and seniors.

Surveys show the president has lost significant ground among those groups since 2016, but Biden faces his own questions encouraged by Trump's withering attacks.

Trump had arguably his best chance to try to reframe the campaign as a choice between candidates and not a referendum over his handling of the virus that has killed more people in America than any other nation.

Americans, according to polling, have soured on his leadership in the crisis, and the president has struggled to land consistent attacks on Biden.

Biden's performances during the primary debates were uneven, and some Democrats have been nervous as to how he would fare in an unscripted setting.

But his team also viewed the night as a chance to illuminate Trump's failings with the pandemic and economy, with the former vice president acting as a “fact checker on the floor” while bracing himself for the onslaught that was coming.

The tumult of 2020 was difficult to overstate: COVID-19 has rewritten the rules of everyday life; racial justice protests have swept into cities after several highly publicized killings of Black people by police, and the death of Supreme Court Justice Ruth Bader Ginsburg allowed Trump to nominate a conservative jurist to replace a liberal voice and perhaps reshape the high court for generations.