US Registers Record 1,480 Deaths From COVID-19 In 24 Hours, Situation Improves In Italy

In Italy, new data from the civil protection service the daily rise of officially registered infections dropped to a new low of just four percent. The number of people who have been declared fully recovered has soared by 17.3 percent to 19,758 over the past 48 hours. 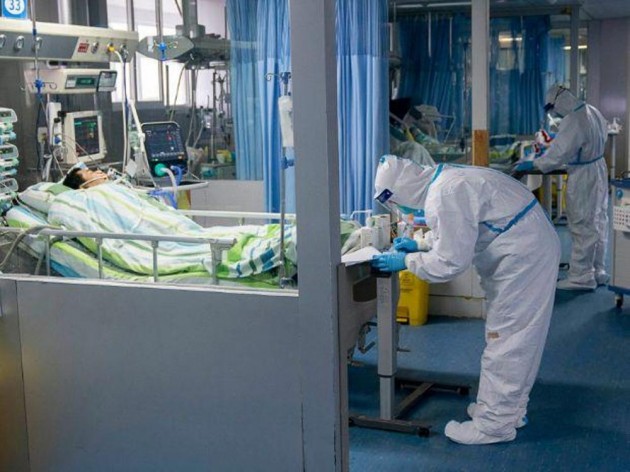 The United States recorded nearly 1,500 deaths from COVID-19 between Thursday and Friday, according to the Johns Hopkins University tracker, the worst 24-hour death toll globally since the pandemic began.

With 1,480 deaths counted between 8:30 pm (0030 GMT) Thursday and the same time Friday, according to the university's continuously updated figures, the total number of people who have died since the start of the pandemic in the United States is now 7,406.

Meanwhile, Italy saw more evidence Friday that it might have made it through the worst of the coronavirus pandemic despite the world-leading death toll growing by 766 to 14,681.

In new data from the civil protection service the daily rise of officially registered infections dropped to a new low of just four percent. The number of people who have been declared fully recovered has soared by 17.3 percent to 19,758 over the past 48 hours.

The situation in some of Italy's worst-hit regions also appears to be gradually easing.

Lombardy, in the north, where over half the official deaths have been counted, showed only a slight rise in patients receiving intensive care.

The virus has nevertheless stretched Italian hospitals to the breaking point and delivered a shattering blow to the economy -- the European Union's third biggest last year.

Italy was the first European country to close everything except for pharmacies and grocery stores on March 12.

The shutdown and accompanying ban on public gatherings have been formally extended until April 13.

But few Italians expect the country to be up and fully running any time soon.

Civil protection service chief Angelo Borrelli told RAI television Friday that Italians will probably "have to stay at home for many more weeks".

Italy's big business lobby Confindustria said it expected output to shrink by six percent if the pandemic does not ease by the end of May.

It said each additional week after that would chop another 0.75 per cent off gross domestic product.