A sex trafficking victim from the US, Cyntoia Brown was serving a life sentence for killing a man who bought her for sex when she was a teenager. 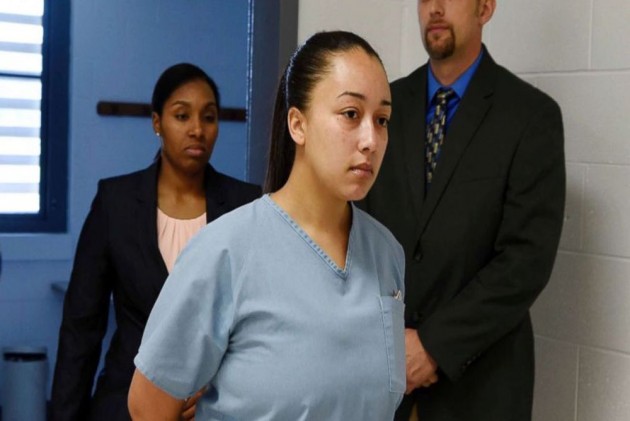 A sex trafficking victim from the US was serving a life sentence for killing a man who bought her for sex when she was a teenager.

Cyntoia Brown, now 30, was granted clemency on Monday following a celebrity-backed viral campaign for her freedom.

Tennessee Governor Bill Haslam said Brown, had been given "too harsh" a sentence for the 2004 murder of a real estate agent in the city of Nashville.

Johnny Allen had picked up Brown, who was 16 at the time and a runaway under the influence of a dangerous pimp, and taken her to his home for sex.

The ex-Army sharpshooter allegedly showed off his firearms and "grabbed" Brown forcefully between her legs. She said she shot him in fear for her life.

A jury convicted Brown of first-degree murder and aggravated robbery, and she was given life with the possibility of parole after serving at least 51 years in prison.

Calling the case "tragic and complex," Haslam granted clemency under the condition of 10-year parole. Brown will be released on August 7 after undergoing training on returning to society.

"Cyntoia Brown committed, by her own admission, a horrific crime at the age of 16," Haslam said in a statement.

"Yet, imposing a life sentence on a juvenile that would require her to serve at least 51 years before even being eligible for parole consideration is too harsh, especially in light of the extraordinary steps Ms Brown has taken to rebuild her life." Without the governor's intervention, Brown would have remained in prison at least until 2055.

In a statement released by her attorneys, Brown thanked her supporters and the governor and promised to "do everything I can to justify your faith in me." "My hope is to help other young girls avoid ending up where I have been," she added.

Brown earned a high school degree while incarcerated and was on track to complete her college education this year. The governor's office said numerous prison employees and volunteers attested to her personal growth.

"Her transformation, when given the opportunity, is nothing short of miraculous," her attorneys Charles Bone and J Houston Gordon said in a joint statement.

"She is truly a remarkable young woman with so much to offer this world and will now have that chance." Brown's case was featured in a 2011 documentary and was the subject of a social media campaign involving multiple celebrities who advocated for clemency, saying she should have been treated as a traumatized child victim of sex trafficking.

"Cyntoia never should have been sentenced so harshly to begin with, and we can't lose sight of the fact that she is still receiving an excessive 10 years' probation," the American Civil Liberties Union tweeted in response to the clemency news.

"The fight against harsh sentencing laws goes on." Last month, actress Ashley Judd implored her home state's governor to grant clemency by saying Brown "deserves our empathy and your mercy."

In response to the governor's action, reality star Kim Kardashian, who has previously described Brown as a victim with "the courage to fight back," tweeted simply: "Thank you, Governor Haslam."