US Strikes On Iran-Backed Militia Kill 15 Fighters in Iraq 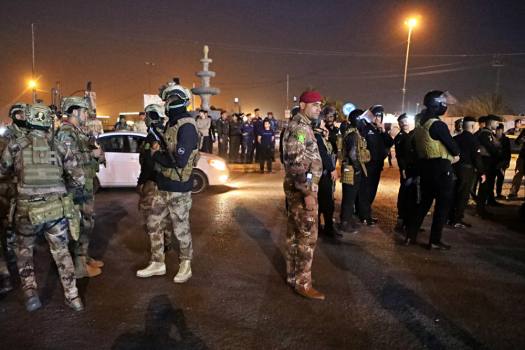 Fifteen fighters, including commanders, have been killed in US strikes against a pro-Iran armed group in western Iraq, an official from the Tehran-backed Hashed al-Shaabi paramilitary told AFP.

The official said several fighters were also wounded in the Sunday night strikes, which the Pentagon said targeted the Iraqi Kata'ib Hezbollah in response to a barrage of 30 or more rockets that was fired on Friday at an Iraqi military base, killing a US civilian contractor.

Repeated mortar and rocket attacks have since late October targeted American interests in the country, where the US has 5,200 troops deployed as part of the international coalition against the Islamic State jihadist group.

The Pentagon said in a statement it had carried out strikes against five Kata'ib Hezbollah facilities -- three in Iraq and two in neighbouring Syria.

US-Iran tensions have soared since Washington pulled out of a landmark nuclear agreement with Tehran last year and imposed crippling sanctions.

Baghdad -- which is close to both countries -- risks being caught in the middle.