US To Deepen Ties With Taiwan Amid China Scare

The US support for Taiwan comes as tensions between China and the island are now at the highest in decades, with Beijing stepping up its military harassment by flying fighter jets toward Taiwan. 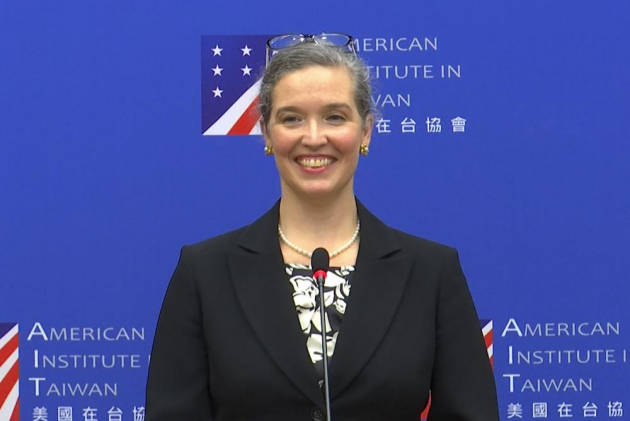 The U.S. wants to deepen its relationship with Taiwan, the self-ruled island that has become a major point of conflict in the strained U.S.-China relationship, and will work to counter Beijing's “malign” influence, a U.S. official said Friday.

In her first public news conference, Sandra Oudkirk, the new director of the American Institute in Taiwan, the de facto embassy, reiterated official lines that the U.S. remains deeply committed to Taiwan and is actively working on new areas of cooperation such as in cybersecurity and supply chains.

“The value of our partnership and our support for Taiwan is rock solid," Oudkirk said. “We are committed to deepening our ties with Taiwan.”

The U.S. support for Taiwan comes as tensions between China and the island are now at the highest in decades, with Beijing stepping up its military harassment by flying fighter jets toward Taiwan. China has not ruled out force to reunify with Taiwan, which split from the mainland during the civil war in 1949.

The U.S. switched diplomatic recognition of China from the ruling Nationalist Party government in Taipei to the Communist Party in Beijing in 1979, but has continued to maintain a strong unofficial relationship with the self-ruled island.

Oudkirk declined to comment on any security initiatives or give any details about the presence of U.S. troops on the island, after Taiwan's President Tsai Ing-wen confirmed Thursday that U.S. boots were indeed on the ground, though less than what people would think.

“We are going to continue to advance global and regional goals of the Biden administration, including countering malign PRC influence, recovering from the devastating impacts of the pandemic and addressing the threat of climate change,” Oudkirk said.

Washington has supported Taiwan with arms sales to boost the island's ability to defend itself, and also routinely navigates the waters around the island in what it calls freedom of operation movements.

Oudkirk, who became director over the summer, also reaffirmed that the U.S. will support Taiwan in its role on the international stage, without giving details.

U.S. Secretary of State Antony Blinken on Tuesday called on other members of the United Nations to supporting Taipei's independent participation in international organizations related to transportation, health, climate change, culture and education. Taiwan, for example, is not a member of the World Health Organization.

A major new focus of the U.S.-Taiwan relationship is on supply chains amid a global crunch on computer chips known as semi-conductors.

Taiwan is home to TSMC or Taiwan Semiconductor Manufacturing Inc., which is the biggest contract manufacturer of processor chips in the world. Those chips are used in everything from smartphones, medical equipment, to gaming computers.

In recent weeks, local media reported that Taiwanese companies are concerned about a request for information from the U.S. Department of Commerce to chipmakers on potentially sensitive information such as their inventory, production and their top customers. TSMC, for example, serves clients in China as well as across the world.

“I have stressed that the Department of Commerce's recent request for information is just that, it is a request,” Oudkirk said in response to those concerns, saying it is voluntary. (AP)