According to the new rule, green cards would be denied if those seeking it cannot convince the consular officer that they will never use programs that the US government doles out for its citizens. 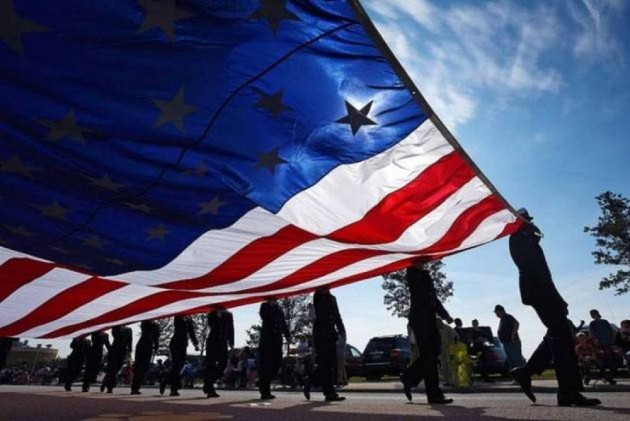 Making it tougher for legal immigrants to become US citizens, the Trump Administration on Monday said that those seeking public benefits like food stamp or housing assistance could be denied a Green Card, a step below the American citizenship.

The new rule was issued by the Department of Homeland Security specifying that green cards -- legal permanent residency -- would be denied if those seeking it cannot convince the consular officer that they will never use programs that the US government doles out for its citizens.

It determines that whether an alien is applying for admission or adjustment of status is inadmissible to the country because he or she is likely at any time to become a public charge for availing public assistance schemes like food stamp, Medicaid or housing assistance.

Foreigners looking to come to the US generally have to prove they have enough income to prevent them from becoming a “public charge.” They would likely face higher income requirements after the new rule takes effect, The Wall Street Journal reported.

In a statement, the White House said this action will help ensure that if aliens want to enter or remain in the US they must support themselves, and not rely on public benefits.

An alien who receives public benefits above a certain threshold is known as a “public charge.”

“President Trump is enforcing this longstanding law to prevent aliens from depending on public benefit programs,” the White House said, adding that the Immigration and Nationality Act makes clear that those seeking to come to the United States cannot be a public charge.

The new rule would “have the long-term benefit of protecting taxpayers by ensuring people who are immigrating to this country don't become public burdens, that they can stand on their own two feet, as immigrants in years past have done,” Ken Cuccinelli, the acting director of US Citizenship and Immigration Services (USCIS) told Fox News in an interview.

"President Trump has delivered on his promise to the American people to enforce long-standing immigration law by defining the public charge inadmissibility ground that has been on the books for years,” Cuccinelli said.

He said that through the enforcement of the public charge inadmissibility law, "we will promote these long-standing ideals and immigrant success.”

Observing that self-sufficiency has long been a basic principle of our Nation's immigration laws that has enjoyed widespread support, the White House said public charge has been a part of the US immigration law for more than 100 years as a ground of inadmissibility.

As Congress made clear at the time, it is our national policy that aliens should “not depend on public resources to meet their needs.”

Americans widely agree that individuals coming to our country should be self-sufficient, with 73 per cent in favour of requiring immigrants to be able to support themselves financially, it said.

“We must ensure that non-citizens do not abuse our public benefit programs and jeopardize the social safety net needed by vulnerable Americans,” the White House said.

Large numbers of non-citizens and their families have taken advantage of its generous public benefits, limited resources that could otherwise go to vulnerable Americans, it said.