Video: This Girl's Reaction on Seeing Train For First Time Is The Cutest Thing To Happen

The video has gone viral on Twitter and garnered over 6.2 million views since it was posted on March 31. 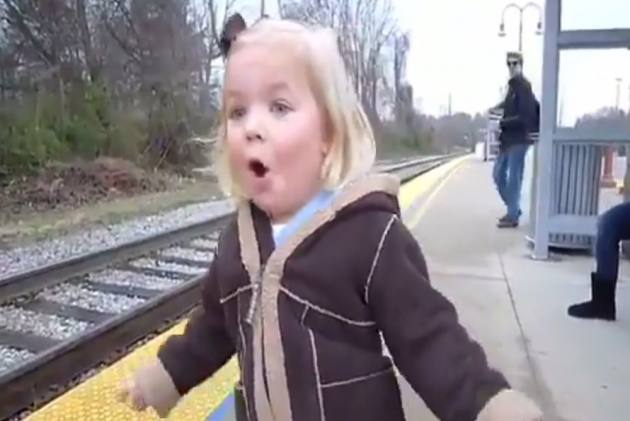 In a video that has surfaced online and won the hearts of millions, a girl can be seen getting extremely excited seeing a train for the first time in her life.

The video has gone viral on Twitter and garnered over 6.2 million views since it was posted on March 31.

The video shared on Twitter with a caption, "Seeing the world through a child’s eyes: Her first time seeing a train".

The video shows a girl standing on a railway platform while a man films her. When asked "What's coming?", the little girl enthusiastically replies "A train!"

This might be the cutest thing you see today. Watch it here:

Seeing the world through a child’s eyes: Her first time seeing a train. pic.twitter.com/WJeacAJUI5

The video has received a heartwarming response by netizens with 8,804 likes and 1,184 retweets.